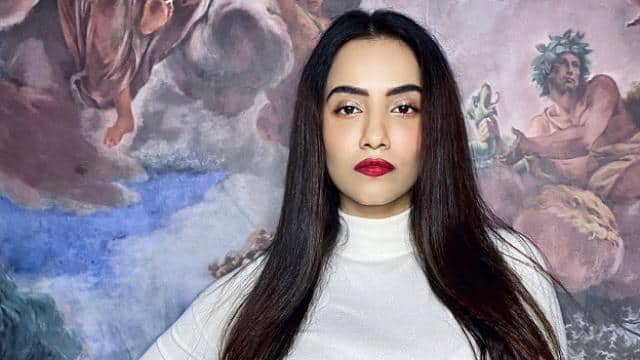 Tia Bajpai recently shared her video on social media and told that she has done her drug test and her report has come negative. Tia advised the rest of the actors to do the same. Now Tia has told about the reaction of people on the drugs connection of Bollywood which are being revealed recently. Talking to Hindustan Times, Tia said, “People are asking my family if this really happens?” One even said that your daughter is there, it cannot happen that big stars do drugs, so your daughter too….

Tia further said, ‘I felt bad because my parents hear such things, it is not right at all. I don’t care what people think, but my parents are very important to me. They have reposed trust in my career choice. I want them to always be proud of me. My mother told me that if you have never done anything like this, then talk about it.

Tia is asked if she has seen the rest of the stars taking drugs? Tia said, if these things have come to light then this happens. NCB will not raise a finger on anyone like this. To tell the truth, I have never been part of any group. Initially when my first film Haunted was released and it was a hit, I was called everywhere like awards and other places. After 2-3 times I decided that I will not be a part of these parties. Better than that, I will keep doing my work. People used to say – it was not lying, why should we make it work? I have seen both good and bad sides.

After sharing the video, appealed to other actors to get drugs tested

Tia shared her video in which she says, ‘The entertainment industry is being greatly maligned right now because some people take drugs so I have done my drug test and as you can see, my report came out negative is. I request all of you not to paint everyone in one color. Here many people are doing their work seriously.

Tia had further said, ‘I request all the other actors to get their drug test done and keep it in public domain. Get it done for yourself, your family, career and most importantly, make it for your fans who have loved you unconditionally a lot. ‘