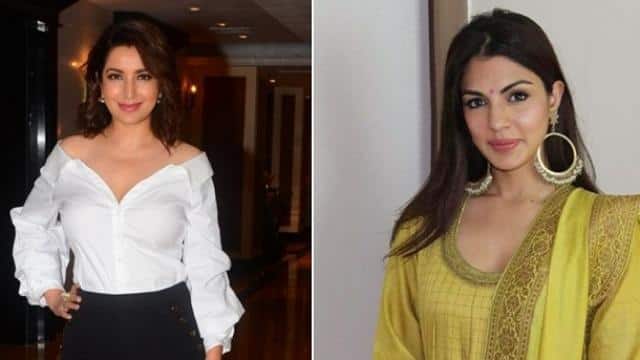 Riya Chakraborty has been heavily criticized since the death of Sushant Singh Rajput. Negative talks are being written about Riya on social media. However, some celebs have supported Riya saying that we should not blame her before the truth is revealed. Now actress Tisca Chopra has also come in support of Riya.

Tisca Chopra wrote on Instagram, ‘I am not a fan of Riya Chakraborty. I did not even know Riya before Sushant died. But what we are doing is very wrong. Just think what a shame it would be if she was innocent. ‘

Riya has registered a cheating case against Priyanka Singh and others, sister of Sushant Singh Rajput. Riya has filed a complaint with the Mumbai Police, alleging Sushant’s sister Priyanka Singh, Dr. Tarun Kumar of Ram Manohar Lohia Hospital and others for fake medical prescription. It is said in the complaint that these people are behind making fake medical prescription of Sushant Singh Rajput.

Riya’s complaint is about WhatsApp chat between Sushant and his sister on June 8. Riya Chakraborty left Sushant’s house on the same day. It was revealed from that chat that Sushant’s sister Priyanka has asked him to take Librium and Nexito and Lonazep daily for a week.

Was Riya lying? Sushant was in contact with father, call records surfaced

Sushant’s family lawyer Vikas Singh says the complaint made by Riya to the Mumbai Police is a ploy to disrupt the ongoing CBI probe and maintain the role of the state police in the case.