Varun Dhawan shared the isolation look, said- I will look something like this in old age 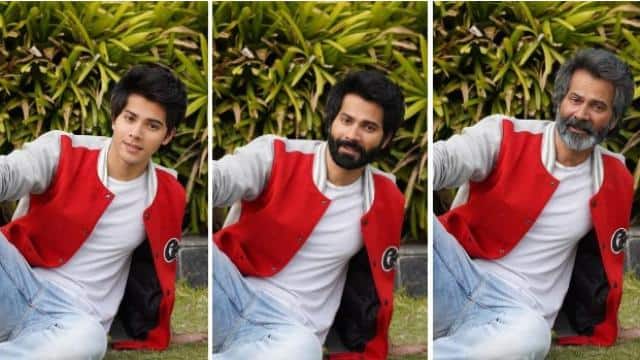 Bollywood actor Varun Dhawan was found Corona positive a few days ago. He isolated himself in a hotel in Chandigarh. Now Varun Dhawan has shared a photo series of himself. She has shared photos of how she will look from young to old age. Also, Varun Dhawan says that his life has become something like this by being in isolation.

Please tell that Varun Dhawan went to Chandigarh for the shooting of the film Jug Jug Jio, where he was found to be Corona positive. The actor shared a post a few days ago, in which he gave many details. Varun wrote to his friends saying ‘vitamin’ that when I returned to work during the pandemic period, Kovid was 19. All precautions were taken by the production, but still nothing is certain in life, especially not Corona at all. So please be extra careful I believe I could have been more vigilant. I am getting messages and prayers for recovery soon. thank you.

Jahnavi Kapoor has fun on the beach, photo viral on social media

Sara Ali Khan is sweating in the gym, Varun Dhawan’s comment will win your heart

Apart from Varun Dhawan, Ranbir Kapoor’s mother and actress Neetu Kapoor have also been found to be Corona positive. A source close to Neetu told Hindustan Times, ‘Neetu Kapoor is also corona infected. Ranbir has arranged for an air ambulance to bring him back. If she is here, then the treatment and all other things can be done properly. She is alone in Chandigarh. The film ‘Jug Jug Jio’ has stopped shooting after director Raj Mehta, actor Varun Dhawan and actress Neetu Kapoor became corona positive. Earlier Anil Kapoor was also reported to be Kovid positive, but he was found to be negative.