VIDEO: When people gave money to Sara Ali Khan as a beggar, the actress told an interesting story 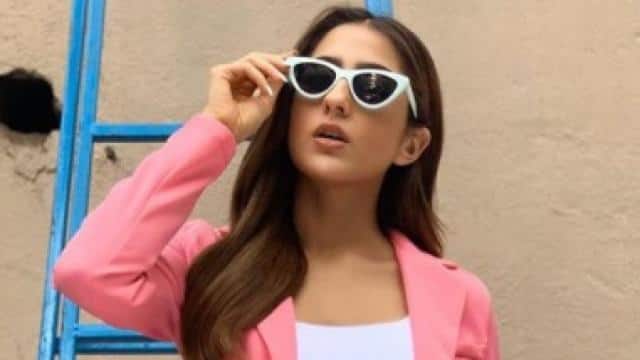 Bollywood actress Sara Ali Khan has made her place in Bollywood in a very short time. He has created a tremendous fan following with his work. These days a throwback video of Sara is going viral, in which she told that once she was dancing on the roadside and people started giving her money as a beggar.

Actually, this thing is very old when Sara was a little girl. Sara says in the viral video, once she was out on an outing with father Saif Ali Khan, mother Amrita Singh and brother Ibrahim. During that time, Papa and mother went inside the shop to buy something. Outside the shop, I was standing with brother and house help. ‘

Bigg Boss 14: Gauhar Khan seen in the new promo of the show, said- now the scene will be reversed

In the video, Sara says, ‘I was out with brother Ibrahim. We also had house help. I suddenly started dancing. People stopped giving money because they thought I was begging. I kept the money. I realized that you are getting money, do anything, keep doing it. I danced again.

During this time, as soon as mother and father came out, the house help told them that, look, Sara was so cute that they gave it money. Then the mother said, not cute, it started begging so gave money.

Manoj Bajpayee expressed displeasure over asking questions on every issue, said this

Significantly, Sara Ali Khan is awaiting the release of her film Coolie No. 1. In this, she will be seen opposite Varun Dhawan. The release of this film was postponed some time ago due to the closure of theaters due to Corona. Apart from this, Sara is working in Anand L. Rai’s film Atrangi. In this, she will be seen alongside Akshay Kumar and Dhanush.

Plan to take VRS so keep these things in mind