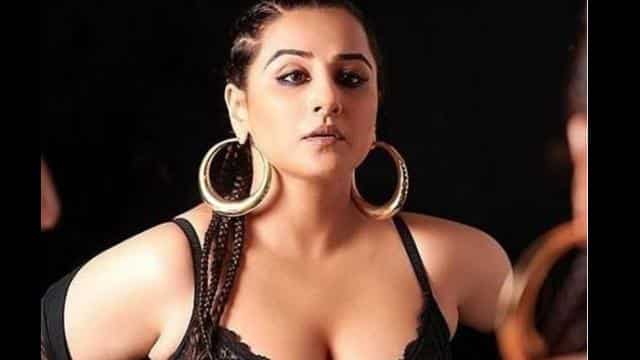 Bollywood actress Vidya Balan is in discussions for her new film Shakuntala Devi. The film will soon be released on the OTT platform. Meanwhile, Vidya’s bold photoshoot in lockdown is going viral. This photo has been shared by popular photographer Dabboo Ratanani on Twitter account after completing his 25 years in the industry.

Vidya Balan’s hot and bold style is clearly seen in the photo. She is seen lying on the bed. Vidya looks very beautiful in the black and white picture. Users are fiercely liking and sharing this photo. Let me tell you that Vidya Balan first appeared on photographer Daboo Ratanani’s calendar in 2011. Then Vidya had a topless photoshoot and in 2015 she crossed the limit by being nude.

Talking about Vidya’s new film, she will be seen in the role of Shakuntala Devi, a mathematician considered a human computer. Amazon Prime Video reported that Shakuntala Devi will be premiered exclusively for special members of 200 countries and regions.

The story of the film is based on the life of Shakuntala Devi, who performs the most difficult calculations in a few seconds. Sanya Malhotra has also worked with Vidya in the film. Sanya will be seen in the role of Shakuntala Devi’s daughter. Apart from this, Amit Sadh and Jissu Sengupta are also important parts of the film. The film is directed and written by Anu Menon. Go