Wajid Khan passed away: In his last tweet, Wajid had said this to Tiger Shroff. 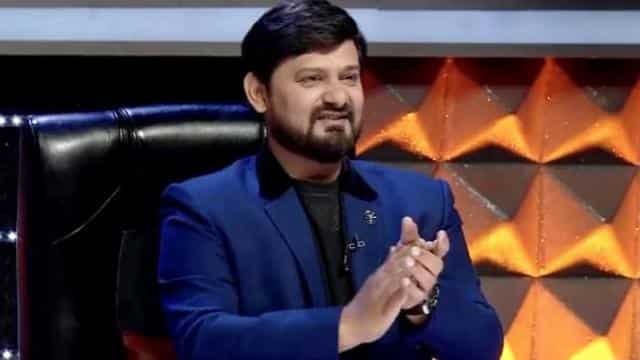 Wajid Khan has passed away from Sajid-Wajid, the duo of Bollywood’s famous musician brothers. Wajid Khan was 42 years old. The duo of Sajid-Wajid have composed music in many Bollywood hits. Wajid was very active on social media, but due to his poor health for some time, he was not active on social media. He last tweeted on 4 May. In this tweet, he thanked Tiger for completing a request.

In fact, on 3 May, Wajid messaged for the son of a friend. Wajid tweeted to Tiger, ‘Hi Tiger … I have a friend who is trying to contact you because his son has a birthday. Please make them a short message or a small video and wish them. They will be happy.

Hi@iTIGERSHROFFthis is my dear friend @drprincedsurana he has been trying to get in touch regarding his son birthday wish … if u can send a little video msg aur any msg to him will make his day thanks Wajid;))) pic.twitter.com/fVw7FewRyu

Tiger wished the child at the behest of Wajid. On May 4, Wajid called Tiger after Tiger’s wish. Wajid had tweeted, ‘Thank you Tiger for my brother dear message. Bhagwan to make you happy. Tiger for my dear brother’s message. May Bhagwan keep you happy. ‘

Thanks @iTIGERSHROFF for sending such a loving msg brother … God bless you tk cr 🤗🤗 https://t.co/DfPJOwCEUK

Let me tell you that he made a Bollywood debut with Salman’s film ‘Pyaar Kiya To Darna Kya’ and after that he gave music in many films of Salman such as Garv, Tere Naam, Tumko Na Bhool Ke Liye, Partner and all parts of Dabangg.

Wajid Khan dies: Salman Khan has given many hit songs, these are Wajid’s popular songs

Not only this, Salman recently released Bhai Bhai Song on the occasion of Eid which was composed by Sajid-Wajid.

Petrol and diesel became expensive in these states from today, know the rate from Delhi to Patna