Weather patterns worsen in UP, storm water in many areas 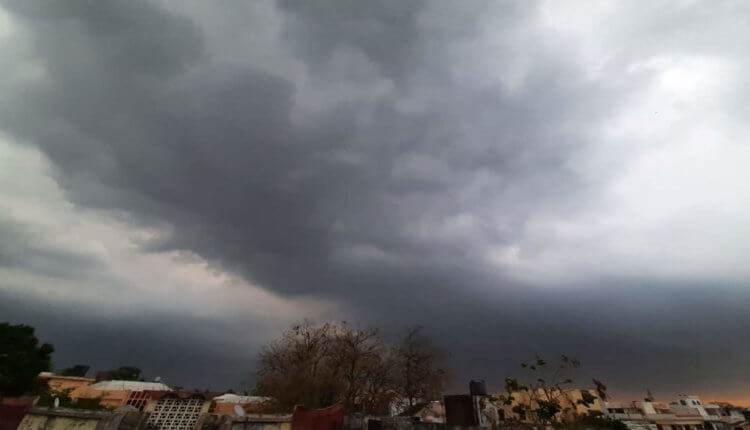 This time the first week of the month of May has passed. Weather patterns have steadily deteriorated. On Thursday morning, there were dark clouds in many areas of Uttar Pradesh, including Lucknow, Gonda, Barabanki. There was a strong thunderstorm in many places, and rain in many places.

Black clouds clouded many districts of Uttar Pradesh on Thursday morning with strong thunderstorms. There was sporadic rains in many places and strong clouds went off in many places. In the capital Lucknow, such a dark cloud covered the sky that it became night in the morning. Gonda also started raining with strong winds. According to the Meteorological Department, the mood of the weather will remain the same in the coming days.

It is being told that the upper winds formed at two places in the country are receiving moist winds from West Bengal and Arabian Sea with the effect of cyclone. For this reason, the weather has changed. Lockdown is also a reason for the weather-changing stance. Meteorologists said that factories, commercial establishments and more than 75 percent of the vehicles have been closed for a month and a half. Due to this, carbon emissions have been reduced by 60 to 70 percent. The green house effect is also reduced by decreasing the amount of carbon dioxide in the atmosphere. And that is why the weather is changing.

Prof. of Geology Department at Lucknow University. Dhruv Sen Singh also believes that the effect of lockdown on temperature is clearly visible. The emission of greenhouse gases has come down due to the shutdown of factories. In such a situation, there is no formation of pollution in the atmosphere and the earth is rapidly warming and cooling. Apart from this, rain and winter also remained this year till the first week of March. Snowfall also occurred in the hilly areas. In this case, the earth could not get very hot. Meanwhile, as the temperature rises, it falls again due to rain or thunderstorm.

The series of thunderstorms will continue

The first week of May will also pass between rain and thunderstorms. According to JP Gupta, director of the zonal meteorological center, due to the western disturbance, there are chances of thunderstorms across the city including the city. The city will also be cloudy in the coming days. It can also rain at many places. 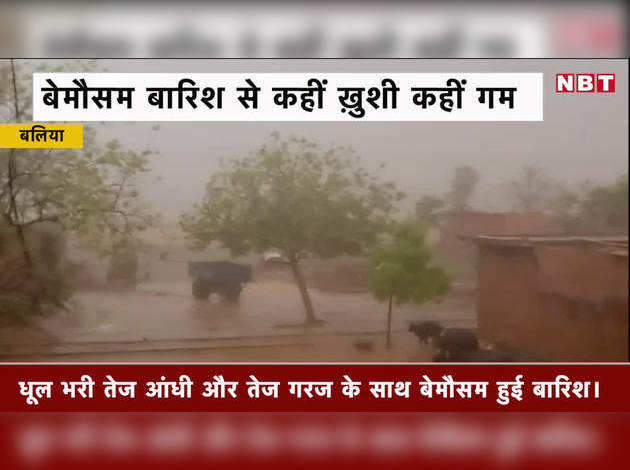 Ballia: Dusty thunderstorms and rain bring happiness for farmers, gum elsewhereStrong dust storm and unseasonal rains lashed some areas of Ballia district of UP. If this rain has brought happiness to the farmers, then the farmers who have not been able to dispose of the field have become very desperate.
0
Share

Video: When Sridevi was afraid of doing love marriage, she told the reason

Mayawati said, the government should arrange for the supply of food items to the people in lockdown