What did the government do in the health sector among Corona, Finance Minister Nirmala Sitharaman gave the calculation of relief package 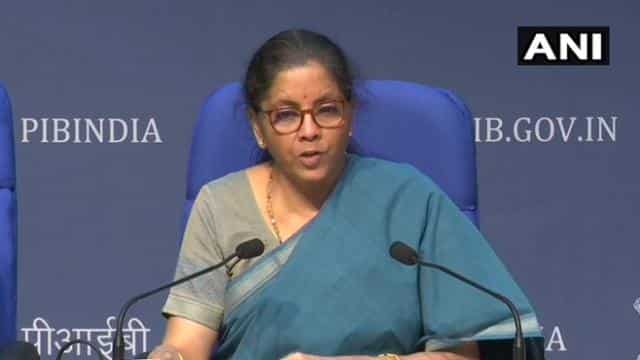 Finance Minister Nirmala Sitharaman announced the last installment of the 20 lakh crore economic package aimed at accelerating the sluggish economy due to the Corona lockdown. During this, the Finance Minister told what the government has done so far for the health sector. Nirmala Sitharaman told in the press conference on Sunday that 15 thousand crore rupees were announced to stop the corona virus in the past. In this, 4113 crore rupees were given to the states. 3750 crores was spent on essential commodities. 550 crores was given for testing kits and labs. Corona Warriors, health workers were given insurance of 50 lakh rupees.

On the change in healthcare, Nirmala Sitharaman said that the government will increase health expenditure. District level hospitals will be prepared to fight the disease caused by infection. Public health labs will be set up in every block in rural areas.

He further said that tele communication consultancy was initiated. Millions of people used the Arogya Setu App. Like UPI Bhima, it has also been very successful in the country. The law was changed to protect health workers. There was not a single PPE company in India, today there are more than 300 units. Millions of N95 masks are being made. 11 crore HCQ tablets have been produced.

Earlier in the fifth and last press conference, Finance Minister Nirmala Sitharaman said about the economic package of 20 lakh crores, PM Modi said in his address that there is a need to turn disaster into opportunity. The government is providing immediate financial help to the poor, providing food. He said that the era of crisis opens up new opportunities.