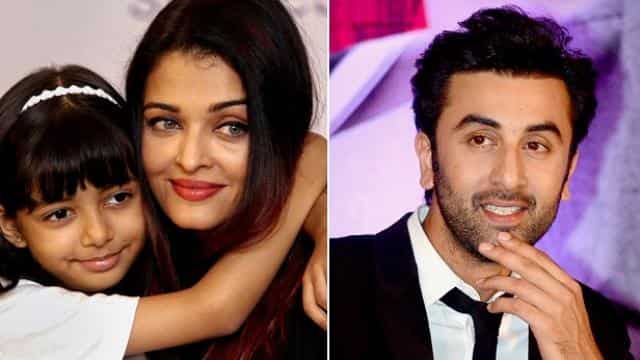 Aishwarya Rai Bachchan and Ranbir Kapoor have worked together in the film Ae Dil Hai Mushkil. The chemistry fans of both were very much liked in the film. Not only this, Ranbir is a big fan of Aishwarya in real life. He has been seen praising Aishwarya in many interviews. But do you know that once Aishwarya and Abhishek Bachchan’s daughter Aaradhya mistakenly accepted Ranbir as their father.

In fact, in an interview to Filmfare, Aishwarya had said, “When we were shooting for the film, I used to talk to Aaradhya through FaceTime. She also smiled seeing Ranbir in the video as she knew him well. One day when Aaradhya came on the set, she went and hugged Ranbir as Ranbir was wearing a jacket and cap like Abhishek. Seeing all this, Hiru Aunty (Karan Johar’s mother) said that Ranbir’s charm is different, but I understood what the matter is.

Aishwarya further said, ‘I asked Aaradhya that if you thought that he was a father then he said yes. She is ashamed when she meets Ranbir since that day. I told Ranbir how funny it is’.

Let us know that Aishwarya is spending time with family these days. She was last seen in the 2018 film Fanne Khan. He was accompanied by Anil Kapoor and Rajkumar Rao in the lead role in the film. However, the film could not do much at the box office.

Talking about Ranbir, he was seen in the last film Sanju. The film was based on the life of Sanjay Dutt. The film was well received by critics and audiences. Now he will be seen in ‘Brahmastra’. The film stars Alia Bhatt and Amitabh Bachchan in the lead role.