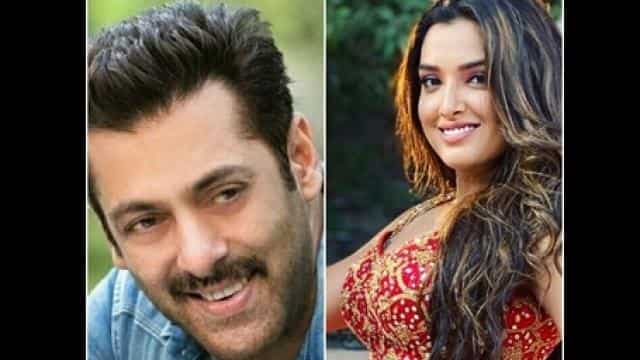 Bhojpuri queen Amrapali Dubey is constantly in the limelight due to her films. Not only this, he also has tremendous fan following on social media, he has thousands of millions of fans, but did you know that Amrapali herself is a big fan of Bollywood superstar Salman Khan. Yes, Amrapali Dabangg Khan i.e. Salman is such a big fan of Cannes that she watches every film of his. During a recent Instagram live chat, Amrapali herself revealed that she loves Salman a lot. Amrapali said, ‘Whenever I see Salman Khan on Instagram, Twitter, YouTube, I just keep watching. I go shy only after hearing his name.

On her first meeting with Salman, Bhojpuri Queen Amrapali said, ‘I first met Salman Khan in the Celebrity Cricket League. He is very handsome. He is exactly the way he appears in films. I was shocked to see them.

Amrapali further said, ‘I met Salman again for the second time in CCL and my song was released at that time, then Dinesh Lal Yadav ji told him that his song has come recently, but Salman said that he should sing a little. I was very nervous, it seemed as if you are made to stand in front of the principal and teachers in the school. Then I sang a little song and after that Dinesh ji sang further because he must have understood that if I sang anymore, I should not faint anywhere.

Explain that Amrapali and Dinesh Lal Yadav are the best onscreen pair. The two films together, they are a hit. Fans also like the pair of both. Recently, Dinesh had told during the interview that she likes Karisma Kapoor very much. He has seen every film of Karisma’s First Day. While narrating an anecdote of his own, he had told, ‘I was in the NCC camp and I came to know that his (Karisma Kapoor) film is releasing. I felt that if my record is not broken, then the sergeant who was there told me that sir, I have to go out to get the necessary goods and they gave me 1 hour leave. I went to see the film with an excuse. When I came back, they were looking for me where I went. When I came, they asked me where I was for so long, then I told them the truth that Sir, I did not want to break my record. I am a big fan of Karisma and could not leave her film. So I went to see his film.