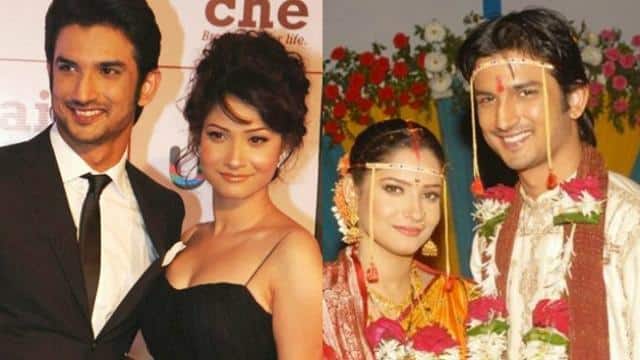 Sushant Singh Rajput and Ankita Lokhande loved each other very much. Both of them had a love story show Pritha Rishta. After being with each other for many years, both of them suddenly had a breakup. Now recently, a video of Ankita is going viral in which Ankita is seen in Shekhar Suman’s show. In the video you will see that Shekhar asks them that you and Sushant were in the same popular show, but if you left then what was your reaction at that time? Ankita had said, ‘I was very angry. Felt bad ‘.

After this, when Shekhar asked him, on whom do you get all the anger, Ankita said, ‘I take all the anger out on Sushant’.

Shekhar then questioned Ankita about her marriage to Sushant. He had said that when will you marry Sushant, to which Ankita said, ‘This will be promised soon because our sacred relationship is very strong’.

Ankita loved Sushant as much as she did. Not only this, even though the breakup of both of them had been so many years, but Ankita was severely broken by the death of Sushant. She also went to meet Sushant’s family at his house.

Ankita was so concerned about Sushant that even today he did not remove Sushant’s name from his home nameplate. Sushant and Ankita’s friend Sandeep Singh gave this information.

Actually, Sandeep had posted an emotional about Sushant and Ankita. He wrote, ‘Ankita you only prayed for her happiness and success. Your love was true You still have not removed his name from your home nameplate ‘.

After Petrol and Diesel, inflation will increase on sugar, know how much can increase

Rabobank report: India could not get much benefit of trade war between China and America