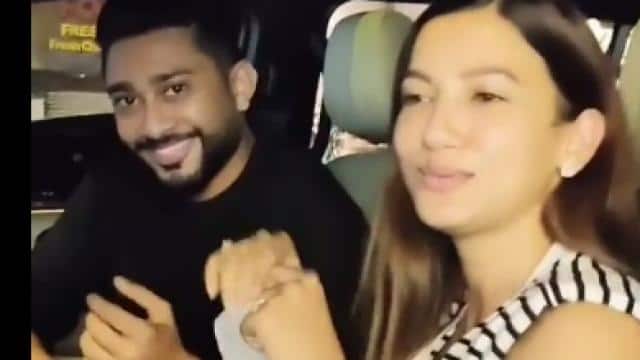 This video of Gauhar Khan and Zaid Darbar is very much liked by the fans. This is the reason that the video has received thousands of likes and comments in no time. Fans are congratulating the couple for their wedding in the comment box. The video has been shared by an Instagram account named Viral Bhiyani.

The age difference between Gauhar and Zaid is 12 years. But Gauhar recently denied this fact during an interview. Gauhar says there is no 12-year difference between the two. She is just a few years older than Zaid. Gauhar also says that both of them do not mind. People just know how to talk. In fact, in an interview to E-Times, Gauhar said, “Let me clear that the age gap that is being told is wrong between me and Zaid.” I am only a few years older than Zaid, but 12 years is wrong. ‘

On her marriage to Zaid, Gauhar said, ‘I have never met a person like Zaid. I thought it was just like me. We met and started spending time with each other. Zaid never thought that he would ever propose someone. He did not have a plan for marriage. After meeting me, Zaid proposed to me only after 1 month.

Fans were given information about marriage

Announcing the wedding date, Gauhar wrote on social media, ‘Looking at the situation that we have right now, we will celebrate our big day with our family. We hope that everyone will get his partner and every heart gets a reason for his beating. ‘