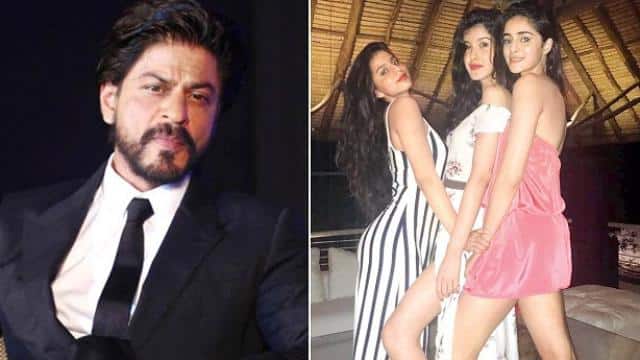 Shahrukh Khan is very much in love with his three children. He is always very protective of all three, but do you know that when Gauri Khan used to party, Shahrukh used to take care of Suhana as well as his friends at home. Sanjay Kapoor’s wife Maheep has revealed this. Darashal, in a reality show, told Maheep that Shah Rukh used to take care of Suhana, Shanaya Kapoor and Ananya Pandey at home when she was busy with Gauri, Chunky Pandey’s wife Bhavna and Neelam Kothari at a party.

Ananya and Shanaya have a good bond with Shahrukh as they have spent a lot of quality time with King Khan. Shahrukh considers Shanaya as his daughter.

While Ananya has entered Bollywood from all the three friends, while reports suggest that Suhana and Shanaya will also make their Bollywood debut soon. Please tell that Shanaya has worked as Assistant Director in Jahnavi Kapoor’s film Gunjan Saxena The Kargil Girl.

Talking about Suhana Khan, she has a lot of interest in acting. She has acted in many plays. A short film of his has also been released in which his acting was well liked.

Sana Khan shares photo with husband, said- Never thought that halal love would be so beautiful

Let me tell you that once Shahrukh said that if Suhana ever wants to come to Bollywood, then she will be very happy. Shah Rukh had said, “People feel that this industry is not safe for girls, but I think this industry is very good and I would like my daughter to be associated with this industry too.”

Get 36000 rupees every year under this scheme by adding Rs. 2, registration done soon