Who was the mastermind of Bollywood ‘Drugs Circle’, what was in the chat? … NCB will question Deepika Padukone, Sara Ali Khan and Shraddha Kapoor today 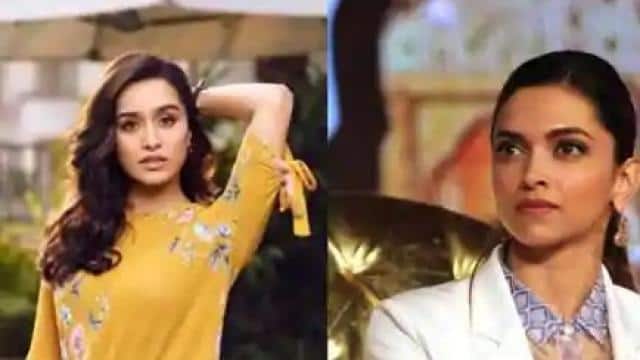 The Narcotics Control Bureau, or the NCB, which is investigating the drugs case related to the Sushant Singh Rajput death case, has now started exploring the horoscope of the Bollywood drug group. After all, who is the real mastermind of Bollywood’s Drugs troupe, NCB is investigating the matter to find the answer. NCB’s investigation into the alleged involvement of Bollywood industry and drugs has now reached the top actresses of the industry. In this case, NCB has summoned Deepika Padukone, Sara Ali Khan and Shraddha Kapoor and called for questioning today. This morning, these three actresses will be involved in the NCB investigation.

Earlier, the Narcotics Control Bureau (NCB) had called Deepika Padukone on Friday to record her statement in the narcotics case, but later the news came that she would come to the NCB office for questioning on Saturday. However, Rakul Preet Singh and Deepika’s manager Karishma Prakash were questioned on Friday. Explain that after the death of actor Sushant Singh Rajput, NCB started investigating aspects related to drugs.

Deepika Padukone was the admin of WhatsApp group with drugs chat, Karisma Prakash along with many other members – reports

Deepika Padukone and Ranveer Singh left for Mumbai from Goa on a charter plane on Thursday evening. Deepika was busy shooting for Shakun Batra’s film in Goa when her name surfaced on the NCB radar in a drugs case. On Wednesday, NCB including Deepika Padukone sent summons to Sara Ali Khan, Rakul Preet Singh and Shraddha Kapoor. Sara Ali Khan was also on a family vacation in Goa, but she also returned on Thursday. Sara Ali Khan is also joining the NCB investigation along with Deepika and Shraddha Kapoor on 26 September.

Sources in NCB had earlier said that Karishma Prakash’s WhatsApp chat revealed her conversation with a ‘D’ and the central agency wants to know who this person is. The official said that the investigation team of NCB on Thursday recorded the statements of fashion designer Simone Khambhata and former Rajput manager Shruti Modi.

The NCB had started an investigation into the drugs case that surfaced after Sushant Singh Rajput’s death. Now the agency has expanded the scope of its investigation and has asked some more Bollywood personalities to join the investigation. Explain that in the drugs case, NCB has arrested 18 people including Riya Chakraborty, Shouvik Chakraborty and currently they are in jail in judicial custody. Sushant Singh Rajput was found dead in his flat in Bandra on 14 June.

‘If you have not taken the’ goods ‘, why did 12 lawyers need it?’, Sherlyn Chopra taunts Deepika Padukone