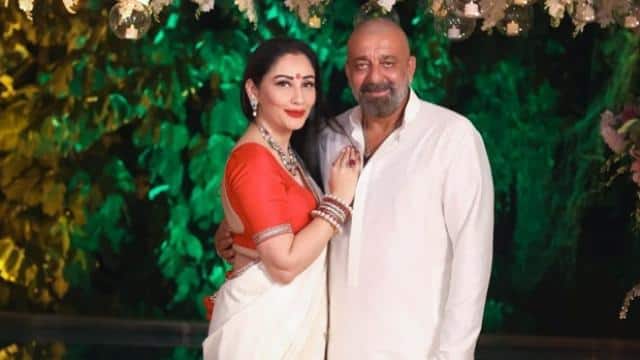 Bollywood star Sanjay Dutt, his family, fans and celebs have been praying for his recovery since he was diagnosed with lung cancer. Now recently Manyata has written an emotional post for Sanjay. Manyata wrote, “Don’t stop, don’t you lose somewhere .. Walk on thorns and meet the shadow of the spring.” We have to fight the bad days to bring back the good days in our lives. Don’t ever give up. ‘

Earlier, Manyata had told about her situation

Manyata had shared her photo recently and told about the condition of the heart, “Sometimes you just have to keep quiet because no words can explain what is going on in your mind and heart.”

A few days ago there was news that Sanjay Dutt could get a 5-year US visa for treatment and he could get his treatment at Memorial Sloan Cancer Center. According to the report, Sanjay’s mother Nargis was admitted to the same hospital in 1980 and 1981, where she underwent pancreatic cancer treatment. The source said that Sanjay applied for a visa after being aware of lung cancer. However, being convicted in the 1993 bomb blasts, he was finding it difficult to get a visa.

On getting security of Y + to Kangana Ranaut, Kubra said – is it being given from my tax money?

The news also came that Sanjay had been helped by his close friend to get a visa. He can travel to New York with wife Manyata and sister Priya for treatment. Well, Sanjay had already made a plan that if he does not get a US visa then he will go to Singapore for cancer treatment. However, now that everything is fine, he may soon leave for New York.

However, he is currently being treated in Mumbai before going to America.