With the increase in diesel, the ‘journey’ of inflation started again in the country, why are the prices increasing? 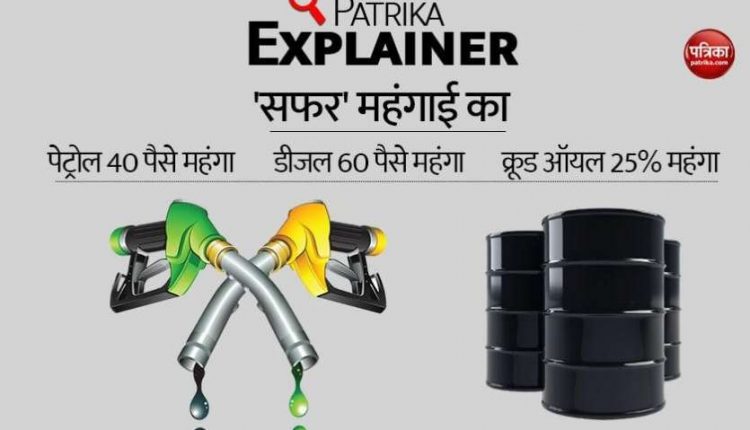 Petrol price continues to increase
According to information received from IOCL, the price of petrol has increased by 8 paise per liter in all the four metros of the country on Sunday. After this increase in the country’s capital Delhi and Kolkata, the prices have been raised to Rs 81.46 and Rs 83.03 per liter respectively. While Mumbai and Chennai have seen an increase of 7 paise per liter. After this, petrol prices in both the metros have been Rs 88.16 and 84.53 per liter respectively. Diesel price also increases
According to the information received from the IOCL, there has been an increase for the third consecutive day in all the four metros of the country. The country’s capital Delhi and Kolkata have seen an increase of 19 paise per liter. After this, the price of diesel in both the Mahnagars has been Rs 71.07 and Rs 74.64 per liter respectively. While Mumbai has seen an increase of 20 paise and Chennai 18 paisa per liter. After which the price of diesel in both metros has been reduced to 77.54 and 76.55 rupees per liter respectively. Gold and silver became cheaper due to vaccine news, prices fell so much after Diwali