66 meter cloth, 2700 calories food, know what is the official Calculation of Minimum Salary 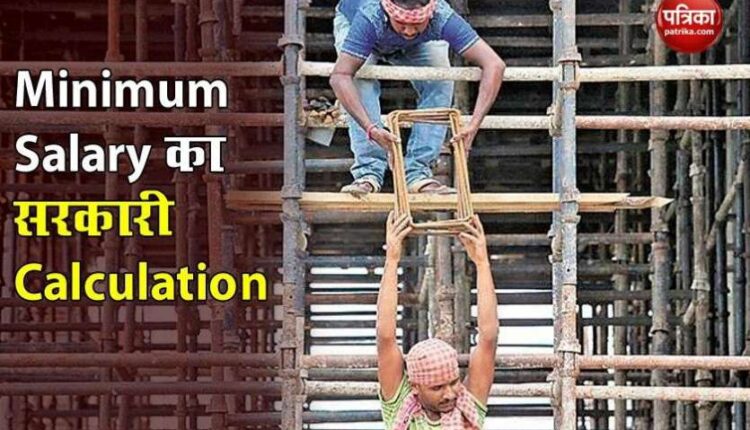 new Delhi. The Government of India has started giving the form of law to the Wage Code Bill 2019 passed last year. The central government has sought suggestions and objections from the people on the proposed law by 24 August. Thus, 12 more days will be taken. In this draft, the government has adopted a special formula for fixing the minimum wage on a daily basis. After coming to the ground of the law related to minimum wages, about 50 crore workers in the country are said to be benefitted.

Suggestions can be given here
According to the Ministry of Labor and Employment, after taking suggestions and objections, the government will consider them on merit basis. If a stakeholder is to make objections and suggestions, then he can make available to Deputy Director MA Khan, Assistant Director Rachna at Ministry of Labor and Employment, Shram Shakti Bhawan, Rafi Marg, New Delhi.

Also read: Special platform will be launched to honor honest taxpayers, know what will be special

Government formula for minimum wage
– The proposed draft of the Wages Code Act 2019 sets out the formula for fixing the minimum wage on a daily basis.
– In this, husband, wife and their two children are considered as the standard of a working family.
– Consumption of 2700 calories of food per member per day, use of 66 meters of clothes in a year, ten percent of total expenditure on food and clothing is estimated to be expenditure on residential rent.
– Fuel, electricity and other items will be 20% of the minimum wage.
– Children’s education expenses, medical requirements, entertainment and other contingency expenses have been described as 25 percent of the minimum wage.
– Based on all this, minimum wage and salary will be calculated.
While fixing the minimum rate of wages under Section 6 of the Pay Code in the proposed draft, the Central Government will divide the respective geographical area into three classes Metropolitan, Non-Metropolitan and Rural area.

Also read: Government banks will be awarded the title of gems, may be announced on August 15

What is the Pay Code Act?
The Wages Code Act was passed by both houses of parliament in August 2019. Suggestions and objections have been invited to publish its draft in July this year till 24 August 2020. The Act guarantees minimum wages to workers. The special thing is that last year, the Central Government passed this bill as a major step towards labor reforms. This one law will be replaced by a total of four laws. In place of Minimum Wages Act 1948, Wage Payment Act 1936, Bonus Payment Act 1965, Uniform Compensation Act 1976, it is becoming the Wage Code.