8 crore businessmen of the country will close India, picket will be done in 1500 places 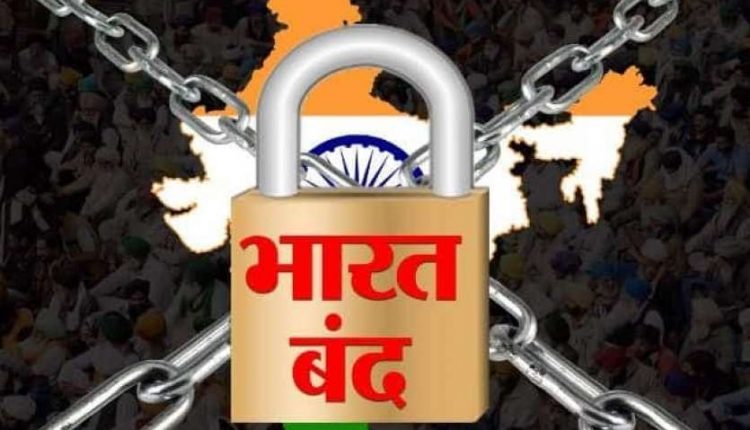 New Delhi. In order to simplify the GST system of the Government of India, the Confederation of All India Traders, ie CAT, has announced the closure of India tomorrow on February 26. 8 crore businessmen of the country will participate in this bandh. At the same time, the support of All India Transporters Welfare Association has come to support this closure. He has announced to jam the wheel in the country.

Also read: 40 percent of fruits and vegetables are wasted every year in the country, now this method is taken out

Demonstration at 1500 places in the country
According to the organization’s general secretary Praveen Khandelwal, the central government is demanding the state governments and the GST Council to simplify the stricter rules of Goods and Services Tax. Because of which it has been announced to close India on 26 February. There will also be a sit-in demonstration at 1500 places in the country. Around 8 crore businessmen of the country are participating in this exhibition.

Also read: Big news: 10,500 rupees reached on the accounts of 11 crore farmers of the country at the behest of PM Modi

Transportation will be interrupted for 14 hours
State-level transport associations in all states of the country have announced to support CAT in opposition to the new e-way bill laws introduced by the Government of India. Transport offices have been announced to be completely closed tomorrow. Booking, delivery, shipment / unloading of any kind of goods will remain closed. All transport companies have been asked to park their vehicles between 6 am to 8 pm for the protest. The rule of e-bill came into effect from January 1. Because of which transportation and business are very upset. If the government believes, the validity of the deadline of the e-bill will be reduced.

Also read: After all, why did PM Modi talk about becoming self-reliant on petrol and diesel, understand the whole math here

Gold Price Today: Good time to buy gold, know how cheap gold has become, what is the rate