Accusations of foul play on everyone from Facebook to Amazon, then number 1 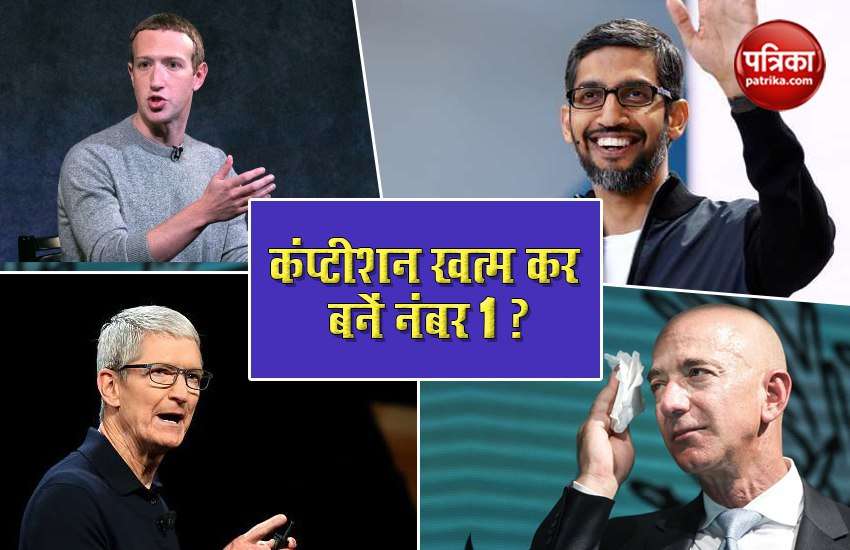 New Delhi: Facebook, Amazon, Google and Apple these companies ring today. People give examples of their success, but knowing the truth behind their success, you will also get upset. Actually, the world’s biggest tech companies and business emperors are accused that they have achieved this position by defying the rules of the market.

These companies are accused of not only getting technology and business strategy but also finishing their competitors to achieve the number one position. These things are revealed from old emails and other documents that came up during an investigation. That they have intimidated their competitors, bought their business or somehow added themselves so that they can remain in the forefront of the market. In this regard, the survey of four companies appeared before the American Congress on Wednesday.

Next week RBI’s very important meeting, decision can be taken on EMI

Members of the US Congress made public the handheld emails during the investigation.

Who strangled who- Facebook founder Mark Zuckerberg took over his competitor Instagram app to stay in the social networking business. This 1 billion takeover was done just to end the competition and save Facebook from harm. Zuckerberg himself wrote this in the email.

Similarly, Amazon’s founder Jeff Bezos took over both of them to remove Diapers.com and Soap.com from the competition. . Pennsylvania Democratic MP Mary Gay Scanlon accused Amazon CEO Jeff Bezos of consistently selling cheaply and even at a loss to undermine its competitors. In response, Jeff Bezos said that he does not remember things at the time. He can only say that his company is very serious about customers. While Zuckerberg refused to accept the charge leveled against him.

From investor to tax deposition, do this work today

Some emails over a decade old suggest that Google used the option to remove companies from its search engine list, which it considered a threat to itself. Similarly, according to an old email from Apple, the then CEO Steve Jobs used to punish developers through Apple’s app store.

Though all of them gave clarification in the allegations against them, but this shows how these companies cut their throat in the initial days.

Ankita Lokhande said – if Riya knew that Sushant is ill, then why leave him alone