Banks will remain closed for 4 consecutive days from March 13, crowds can be found at ATMs, tackle urgent work today 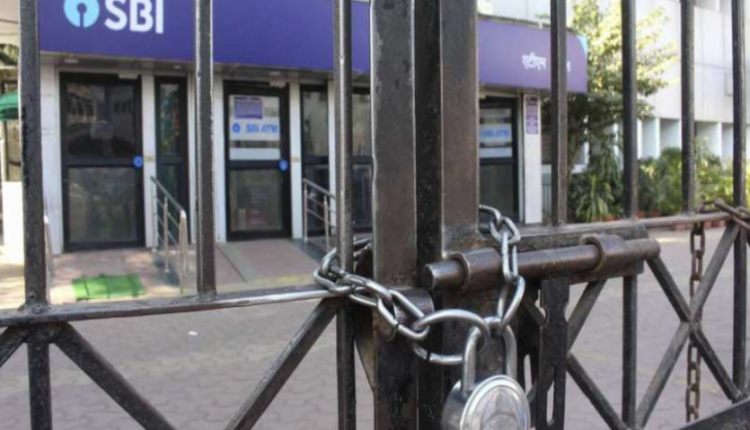 If you have any work related to the bank then dispose it today because tomorrow i.e. March 13, the public sector banks will be closed for 4 consecutive days. Explain that after the Mahashivratri holiday on 11 March, the banks are open on Friday. After this, on the 13th, there will be a holiday due to being the second Saturday of the month. After this, banks will remain closed on Sunday, March 14. Apart from this, on March 15 and 16, public sector banks have announced a strike. In such a situation, if the necessary work is dealt with by the bank today itself.

Due to this, two days strike in banks
Explain that the United Forum of Bank Unions has called for a two-day strike from March 15 against the proposal for privatization of public sector banks. Explain that Finance Minister Nirmala Sitharaman has proposed the privatization of 2 public sector banks in the general budget this time. At the same time, 14 public sector banks have been merged in the last four years. For this reason, a strike has been decided for two consecutive days on 15 and 16 March 2021. About 10 lakh employees and officers of banks will participate in this strike.

Crowd may remain at ATM
ATMs may be more crowded at ATMs due to the bank being closed for 4 consecutive days. However, banks have asked banks to deposit money in ATMs before March 13 in advance to put so much money in ATM machines so that the general public does not have any trouble in these 4 days.

Also read- Government has given special facility to women, now all the work related to the bank must be sitting at home Private bank not involved in strike
It is worth noting that private banks are not involved in this strike. In such cases, those whose accounts are in private banks will not have any problem on March 15 and 16 due to the strike. However, day-to-day transactions can be impacted by the closure of state-run banks. During this period, customers will have to depend on ATM for cash besides online payment.

Ambani also earned $ 66 million in one day, know how

Petrol, Diesel Prices Today: Petrol and diesel prices are getting relief for 13 consecutive days, they are running rate