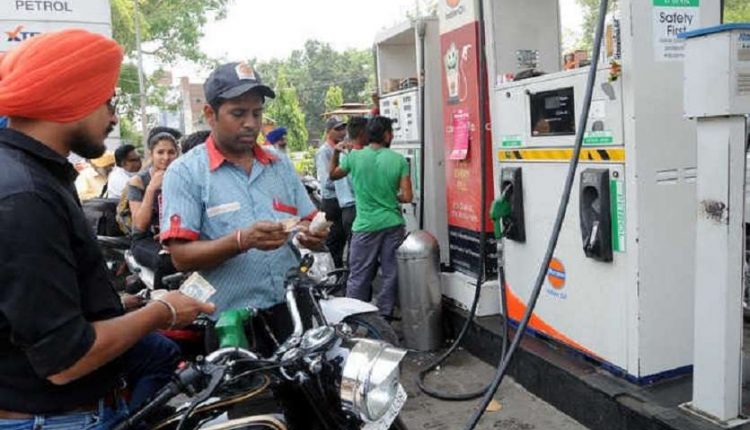 Petrol prices stable
According to information received from IOCL, in all the four metros of the country price of petrol There has been no change in any kind. On Friday, Thursday prices will remain in force. Oil marketing companies had increased the price of petrol by 23 paise in Delhi and Mumbai on Thursday, 24 paise in Kolkata and 21 paise in Chennai on Thursday. After this, petrol prices in Delhi, Kolkata, Mumbai and Chennai came down to Rs 84.20, Rs 85.68, Rs 90.83 and Rs 86.96 per liter respectively. Earlier on October 4, 2018, petrol prices in the four metros had gone up to record levels of Rs 84, Rs 85.80, Rs 91.34 and Rs 87.33 per liter respectively.

Diesel price No change in
According to information received from IOCL, there has been no change in the price of diesel in all the four metros of the country. On Friday, Thursday prices will remain in force. Diesel price was increased by 26 paise in Delhi and Chennai on Thursday, 27 paise in Kolkata and 29 paise in Mumbai. Diesel prices were increased by two days on Friday in Delhi, Kolkata, Mumbai and Chennai respectively. : Rs 74.38, Rs 77.97, Rs 81.07 and Rs 79.72 per liter.

Crude boom continues
Brent crude on Wednesday traded at $ 54.62 a barrel on the international futures market Intercontinental Exchange (ICE) for the March delivery contract of Brent crude, up 0.44 percent from the previous session, compared to a rise of $ 54.77 a barrel during the previous trade. At the same time, West Texas Intermediate (WTI) February contract on the New York Merke Tile Exchange (NIMAX) was trading up 0.49 percent at $ 51.08 per barrel from the previous session, while before that the price jumped to $ 51.20 per barrel.