Budget 2022: What are the exporters expecting from Finance Minister Nirmala Sitharaman this time? 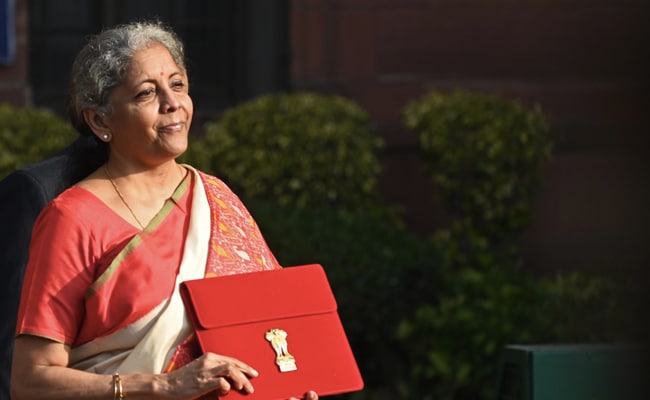 The worldwide corona crisis has severely weakened the global supply chains of export production units. Due to the slowdown in the international economy, demand has fallen. Now exporters want Finance Minister Nirmala Sitharaman to reduce the taxes and duties of their sector in the coming budget and extend the duration of the Kovid relief package given to small and small scale industries to ten years. Sunil Harjai has been exporting leather shoes to many big countries of Europe and Latin America since last many decades.

During the Corona crisis, the global supply chain has collapsed due to restrictions on trade in many countries of the world. Orders from abroad have come down by three quarters. The primary material has become very expensive and the freight has increased three times. Hundreds of exporters associated with the leather trade are battling this crisis. Now affected leather exporters like Sunil Harjai are demanding a relief package from Finance Minister Nirmala Sitharaman in the budget.

Talking on this, Sunil Harjai, owner of Siddharth Exports told NDTV that, “The era of Kovid is not over yet. Export manufacturing factories are able to produce only 40 percent to 50 percent. Before Corona from Europe. The order of 10 thousand shoes used to come, so now only 2 thousand are left. The biggest problem is sea freight and air freight, it has increased manifold. Taxes and duties on us should be reduced. Import duties to the finance minister to 0 needed.”

It is becoming difficult to get capital to start the export business anew. Exporters want the Finance Minister to increase the ECGLS scheme from 3 years to 10 years to provide loans on easy terms under the Kovid relief package for small industries in the budget. Sunil Harjai told NDTV that, “We should reduce the interest rate on loans from banks. Even now the interest rate is high. Under the ECGLS scheme of Kovid Relief Package, the period of moratorium should be increased from 3 years to 10 years. ”

The turmoil in international trade has also affected hundreds of workers working in the export sector. In recent months, inflation has exacerbated the crisis. Employees are also demanding relief from the Finance Minister in the budget. Akash Sharma of Export Unit Exporter told NDTV that, “Due to inflation, the workers are not able to run the family. Inflation is in everything from petrol to gas. The Finance Minister should announce relief for the workers.” His colleague Deepak Tyagi says that, “We are not able to save due to inflation. The Finance Minister should announce a new initiative for inflation control in the budget.”