Digital India boom in the budget: 10 big announcements till the creation of digital bank, online university 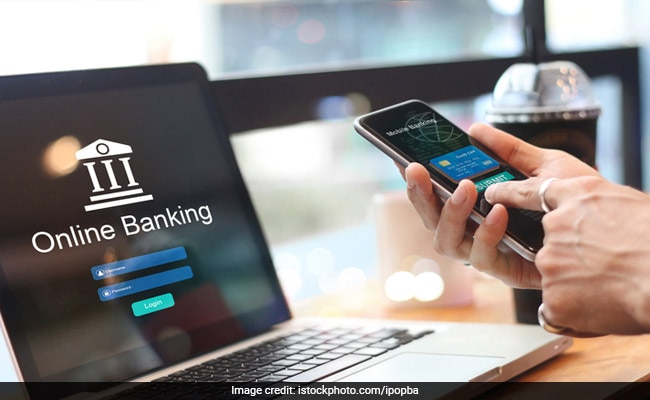 The Finance Minister took a big step regarding digital currency. He said that the Reserve Bank will soon issue digital currency, which will be based on blockchain technology. It can be used under digital transactions in government services. However, not much has been said in the budget regarding Cryptocurrency Tax. The bill regarding this is also pending with the government.

Finance Minister Nirmala Sitharaman said that a digital university will be created in the country, which will work to promote online education. Along with this, it will also provide a big platform for unemployed youth deprived of school education and employment courses. Under this, world class quality education will be given under ISTI standards.

3. Digital Health Platform with the help of IITs

The Finance Minister also pushed for digitization in the health sector in the budget. This includes the announcement of the development of the Digi Health platform with the help of IIT Bangalore. IIT Bangalore will create an ecosystem of digital health, so that health services can be provided remotely.

4. Digital Banking Unit will be formed

In the budget, the Finance Minister announced that 1.5 lakh post offices will be upgraded soon. They will be linked to the core banking system. With this, banking transactions will be accelerated till the villages and towns.

Finance Minister Nirmala Sitharaman said that the single window system environment will be expanded for faster approval of business. With this, all the necessary approvals will be available from one application and there will be ease of doing business.

Finance Minister Nirmala Sitharaman announced to promote the process of digital passport approval sitting at home. The issuance of (E Passport) will be expanded in the financial year 2022-23.

8. The scope of PM e-Vidya will increase

Taking forward the mission of One Class One TV channel, Sitharaman announced to increase it from PM E Vidya 12 to 200 TV channels. This will help in the education system in regional languages ​​till class 1-12.

National Tele-mental Health Program will be launched, under which mental health related advice will be given. With this, online help will be given to people suffering from mental problems due to economic, health and other reasons during the Corona period.

The central government has announced that the transfer of any virtual digital asset i.e. digital asset tax will attract 30 percent tax. Also, TDS of one percent will be charged in the transfer of digital assets. The government has extended the tax exemption for startups by 1 year. Also, the long term capital gains tax has been capped at a maximum of 15 per cent. The Finance Minister acknowledged that there is still scope for improvement in the GST system and initiatives will be taken for this.

Other Big Announcements—–
1
, Surcharge on cooperative tax has been reduced from 12 to 7 per cent. The minimum tax on these cooperatives has been reduced from 18.5 to 15 percent.
2, The tax deduction limit on NPS contribution has been reduced from 18 to 15 percent for central government employees. GST collection stood at Rs 1.41 lakh crore in January.
3, Concessional 15 percent income tax will be levied on new manufacturing units, this gift will be available on new units established before March 31, 2024.
4, Tax exemption period on startups in the country has been increased from 3 to 4 years. There will be 61,400 startups, 75 percent of the districts of the country now have at least one startup. Restricting LTCG tax to 15 per cent will reduce it from 28.5 per cent to 23 per cent for angel investors.
5, The government will spend Rs 2.7 lakh crore for procurement on MSP. A new policy will be made for the production of oilseeds. Emphasis will be given on organic ie chemical free farming.
6, 400 new Vande Bharat trains will be started in the country in the next three years. A new policy will come out for railway small scale industries and businessmen.

Share Market Updates: The impact of the budget announcements on the stock market was mixed