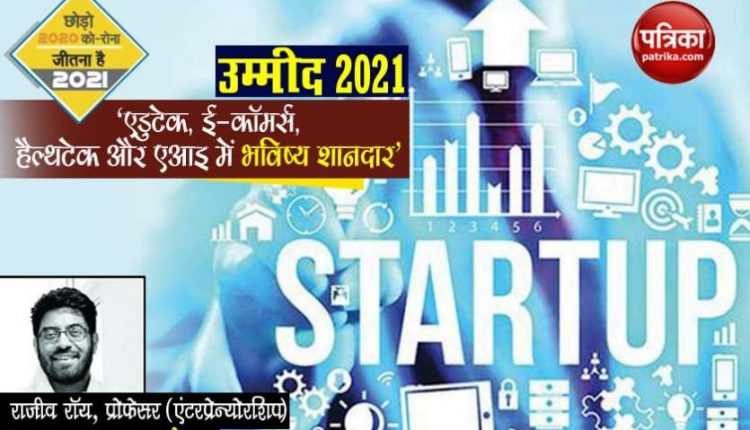 The effect of the corona started appearing from February but by the end of 2019, the market had become sluggish. Then in February the corona started spreading and in March there was a lockdown. During this time, the biggest problem was with small enterprises. March-April was very bad for startup companies, irrespective of the sector. However, later on, it started getting better in small sector. Startups that went online made their work easier. The time brought opportunities for online product sellers. He did a very good business. Many large companies were laid off during this period. The new hiring that took place did not join them. Startup companies benefited from this. He easily found technical experts. The startup took the opportunity and both took advantage of this opportunity.

Corona … Lockdown … Market … Recession … Due to all this, there was no open money in the market. Now see now suddenly the stock market has increased without any reason. Investors got bored sitting in the house. The market is approaching pre-corona times. This is the reason why investment in startups also increased. More than 2000 investments have been done in eight months of a year. Startups that are reaching the market after two to three months of survival are getting investment. India’s own startup company Boat performed so well that even during lockdown, it became one of the world’s top-5 startups. The performance of e-commerce companies in the Coronacal has been very impressive.

Talk about which sectors will see growth in the start up in the coming year, then they can be divided into four parts. Technology based startups including 1. E-commerce, 2. EduTech, 3. Health Tech and 4. Artificial Intelligence. There is growth in these sectors due to New Normal. Some of the habits that have fallen in these 10 months will remain and most will go away. The small-sized business did well in the meantime and has a lot of potential ahead. One more thing, now that there is uncertainty in the job, people are insisting on starting their work. Big companies also want to combine the temporary workforce.

The trend of the temporary workforce has increased considerably in recent times. Instead of having permanent staff for small projects or work, external workforce is being used. Because of this, the future of startups is very bright. The software provider is providing services including account services. Their review is also easily found online. Talking of growth, the health sector will be seen very fast. At the same time, the number of companies providing online education can be reduced. Now so many companies have come that there is no difference between good and bad. Real estate and its related sector impact will have to wait for now.

The future of startups in India is bright –
The future of startups in India is bright in that there is no shortage of funding. There is definitely some conflict in the beginning. You have to invest your money to market your product. Investor is sitting there ready. 3000 people are ready for funding in the country, in this also they can do five funding in a year. It is about the idea. If the idea is good, no one can stop it from being successful. The government is not directly funding, but many schemes get a good amount of funding. The government should also change its stand slightly. If a thermal power plant is set up somewhere, then it costs a thousand crore rupees and 300 people get employment. Whereas one thousand crore to one thousand startups can be funded.

Such charges are incurred on withdrawing cash from credit card, know all the things before applying