Forbes world billionaires list 2021: The wealth of billionaires increased by more than $ 5 trillion during the Corona period 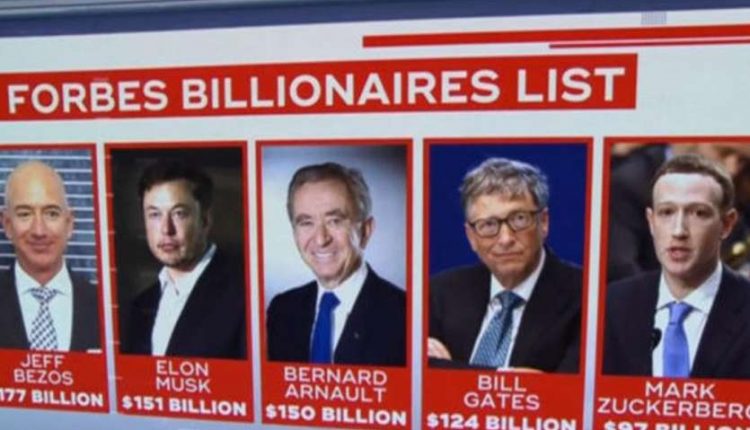 Forbes world billionaires list 2021. Forbes’s list of world’s billionaires for 2021 includes a record-breaking 2,755 billionaires. Jeff Bezos is the richest person in the world for the fourth consecutive year, with a rise in net worth of $ 64 billion and a total net worth of $ 177 billion.

Elon Musk holds on to second place
At the same time, Elon Musk is present for the first time at number two in this list. His wealth has increased by $ 126.4 billion in one year. His total assets currently stand at $ 151 billion. It was ranked 31st with assets of $ 24.6 billion last year. The main reason for his wealth increase is the 705 per cent rise in Tesla shares.

Also read: Macrotech Developers IPO: The country’s largest reality IPO will be entered in the market today, how will it be able to earn big money

Increased by more than 5 trillion
This year’s billionaires have a net worth of $ 13.1 trillion, compared to $ 8 trillion last year, according to a Forbes report. That is, there has been more than 5 trillion dollars in the last one year. According to the report, there has been a good increase in the ranking of the very rich in the last one year. That too when all the major economies of the world have suffered the brunt of the corona virus, threatening the jobs of crores of people.

Also read: RBI will give relief in EMI today amid rising cases of corona

Warren Buffet not in Top 5 in two decades
Forbes Chief Content Officer Randall Lane said in a foreign media report that the rich have become too rich in the present times. Bernard Arnault, chief executive of luxury goods firm LVMH, Microsoft founder Bill Gates and Facebook CEO Mark Zuckerberg are among the top five of the world’s richest billionaires. Investor and business tycoon Warren Buffett dropped out of the top five for the first time in two decades, as tech executives dominate the Forbes rankings. This year’s list also includes 493 new billionaires. The newcomers are Whitney Wolfe Hard, chief executive of the dating app Bumble.