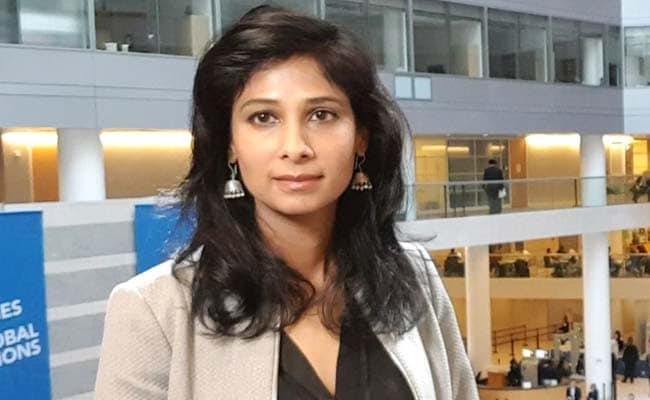 International Monetary Fund (IMF) chief economist Gita Gopinath said on Thursday that if liberal policy support is curtailed amid the Covid-19 Epidemic, it will be harmful to India. At the same time, he also stressed on reducing the unnecessary expenses in the budget to be presented next week. In the ninth CD Deshmukh Lecture of the Economic Research Institute NCAER (National Council of Applied Economic Research), Gopinath said in his address through video conference that there is scope for the Government of India to provide more help to the people more directly. The Chief Economist of the Washington-based IMF said, “It would be detrimental (for India) to contain a liberal policy stance amid the epidemic.”

He said that India’s debt-GDP ratio has gone up to 85 percent. The situation in banks has become fragile due to the increase in loans stuck due to the epidemic. According to the Reserve Bank’s Financial Stability Report, the gross NPA (non-performing assets) of banks may increase to 13.5 percent in September 2021 from 7.5 percent a year ago. Gopinath said that there are many non-essential expenses in the budget, which can be reduced. Also, there is a need to make the Goods and Services Tax (GST) collection system more effective and a clear disinvestment plan. The budget of FY 2021-22 will be presented in the Parliament on February 1.