Gold Price Today: Gold fell sharply in dollar, but prices are running above 48,000, this is the latest price 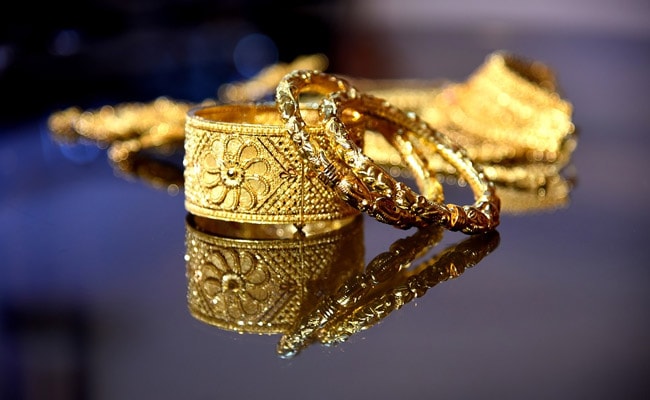 After the rise in the dollar index in the last trading session, its effect is visible in the bullion market. on Tuesday, October 26, 2021 gold and silver The international prices of (Gold International Price) have come down. The same trend is visible in the domestic market as well. Gold was showing consistent strength for the past several sessions. In the domestic market, its price has crossed the level of Rs 48,000 per 10 grams. However, today it has registered a decline. This morning, on the Multi Commodity Exchange on 09.28, gold had fallen by 0.11 per cent or Rs 52 and was trading at Rs 48,148 per 10 grams. In its previous session, it had closed at Rs 48,200 level. During this, silver had declined 0.27 per cent or Rs 180 and was held at the level of Rs 65,959 per kg. In the previous session, it had closed at Rs 66,139 per kg.

Let us inform that on Monday, the rupee opened weak at Rs 74.98 in the interbank foreign exchange market and during the trading it was in the range of Rs 74.97 to 75.10. In the end, it closed at 75.08 per dollar with a loss of 18 paise against the closing price of the previous trading session. At the same time, the dollar index, which tells the position of the US dollar against the six major currencies, rose 0.13 percent to 93.76.

If you look at the rate of India Bullion and Jewelers Association Limited ie IBJA, then with the last update, the price of gold and silver today is like this- (These prices are given per gram without GST charge)

Video: Delhi: The problems of the jewelers of Kucha Mahajani, the bullion market of Chandni Chowk, increased, know why?

Airtel has taken a moratorium on spectrum and AGR payment, will pay the dues in the next four years

Air India Deal: Agreement between the government and Tata Sons on a share purchase deal of 18,000 crores