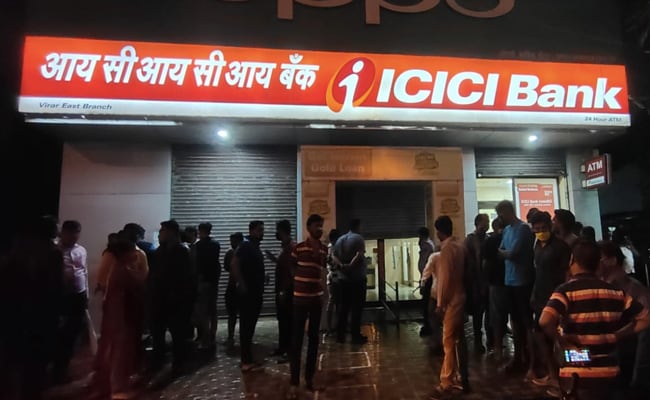 ICICI Bank has given the figures for the third quarter of the current financial year.

private sector ICICI Bank Ltd. said on Saturday that its cumulative net profit rose 18.8 per cent to Rs 6536.55 crore for the quarter ended December 2021 on the back of increase in interest income and reduction in provisions. The bank has given the figures for the third quarter of the current financial year in the information given to the stock exchanges. According to this, it had reported a cumulative net profit of Rs 5,498.15 crore in the period October-December 2020 a year ago. The bank said that its total income in the third quarter of the current financial year was Rs 39,865.80 crore, as against Rs 40,419.08 crore in the same period of the previous financial year.

During this period, its total income on a standalone basis increased to Rs 27,069.67 crore as against Rs 24,416 crore in the same period last year.

The bank’s net interest income (NII) grew 23 per cent year-on-year to Rs 12,236 crore as against Rs 9,912 crore in the corresponding quarter of the previous fiscal.

The financial provision of the bank also declined to Rs 2,007.30 crore from Rs 2,741 crore in the year-ago period due to decline in NPAs.

Demand for reducing GST on two wheelers to 18 percent in the budget, automobile dealers plead

Maturity of tax free FD should be done for 3 years, know what are the demands of small bank customers