Inflation kept under control during lockdown, WPI declined by 3.21% in May 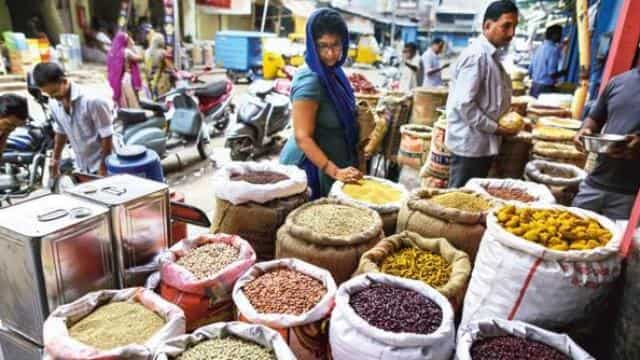 Inflation has been under control during the lockdown. The wholesale price index declined by 3.21 percent in May. According to the data released by the government on Monday, the wholesale inflation rate was 1 percent in March, but it came down to -3.21 in May. It was 2.97 percent in May last year. This drop in inflation came in May due to a sharp drop in fuel and electricity prices, although food items became expensive during this period. Explain that industrial production was not released in April, along with consumer-consumer inflation data for last Friday, April and May.

The annual rate of inflation, based on monthly WPI (Wholesale Price Index), stood at -3.21% (provisional) for May 2020 (over May 2019) as compared to 2.79% during the corresponding month of the previous year: Government of India pic.twitter.com/9DTd4g3wGj

Talking of food and drink, the wholesale price index of food items in May came to 1.13 percent, while in April it was 2.55 percent. Talking about fuel and power, the deflation has come to 19.83 percent. It continued to decline in April at 10.12 percent. However, manufactured products declined by 0.42 percent in May. The ministry said that these data are collected online from selected institutional sources and industrial establishments spread across the country through the web portal of National Informatics Center (NIC).

How was it in april

Explain that due to the decrease in the prices of fuel, energy and food items, the wholesale inflation rate in April was 0.79 percent, compared to 3.72 percent in March. The government, while releasing wholesale inflation data, said that due to the lockdown implemented due to Corona epidemic, the data has not been fully collected. Fuel and power basket declined by 10.12% in April. The rate of food inflation based on wholesale prices has been recorded at 3.60 percent. The wholesale food inflation stood at 5.49 percent in April 2019.

Due to the lockdown implemented due to Corona epidemic, data has not been fully collected. The mandis are completely closed. The final figures will be revised after their opening. So far only limited figures can be collected. Are collected per week for the rate of inflation. The work has been closed since the third week of March. There is shortage of staff in the offices due to which the available data has not been analyzed.

According to limited data, the wholesale inflation rate of primary articles stood at 0.79 percent in April 2020. Similarly, the prices of fuel and energy have come down by 10.20 percent. The data said that wholesale prices of coarse cereals were 2.74 percent, paddy 1.40 percent, wheat 7.26 percent, pulses 12.31 percent, greens, vegetables 2.22 percent, potatoes 69.40 percent, onions 73.52 percent and egg, meat, fish 5.87 percent in the month under review. Has increased. Prices fell 1.69 percent in fruits.

Priyanka Chopra, shocked by the demise of Sushant Singh Rajput, said- you must have been in a lot of pain