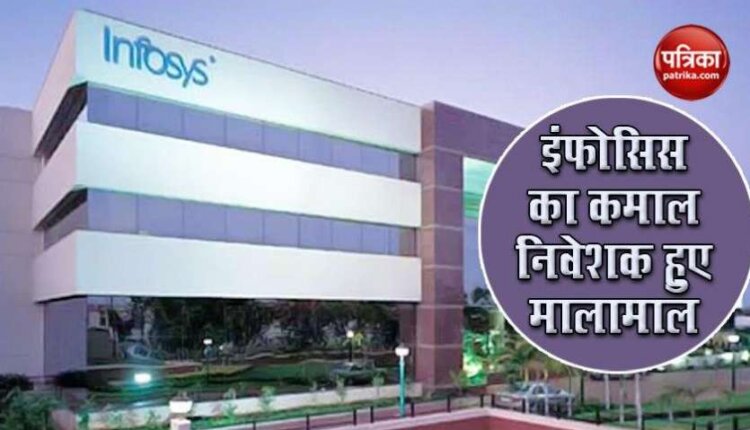 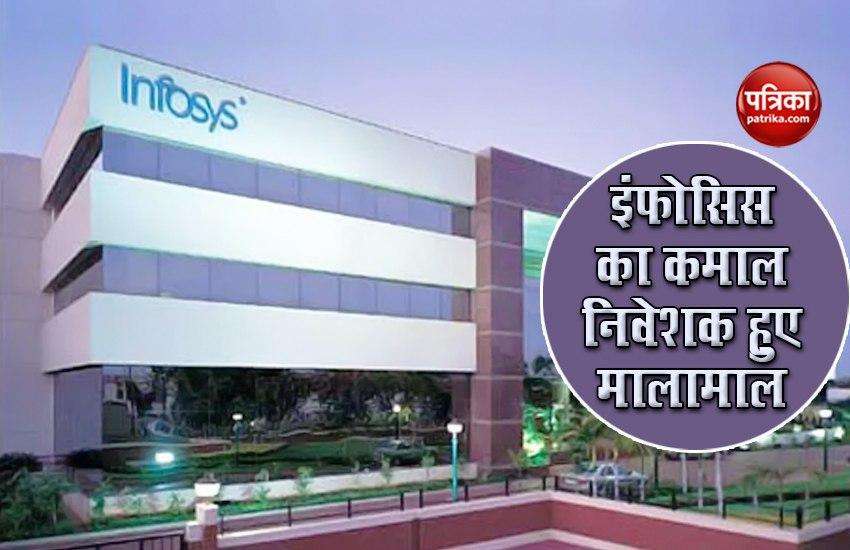 new Delhi. For the last two days, the large IT companies of the country have been seen to dominate. On Wednesday, Wipro made a splash in the share market, but the noise of Reliance AGM 2020 was suppressed by Wipro, but today i.e. on Thursday in some way in the celebration of Infosys Did not disturb As soon as the company’s quarterly results (Infosys Q1 Results 2020) came out, the market rose brightly. The company’s share holders (Infosys Share Holders) got a chance to earn huge profits. At the same time, the company also benefited 50 thousand crore rupees. Let me tell you that today the market has closed with more than 400 points. At the same time, the company’s stock has closed with a gain of about 10 percent.

Also read: After Petrol and Diesel, inflation will increase on sugar, know how much can increase

Also read: Silver reaches the height of 7 years in India, yet Gold and Silver cheaper, know how

Also read: Did Reliance not share these things of Mukesh Ambani? Learn about the case in detail

Company results better than expected
– Infosys reported a profit of Rs 4,233 crore in the June quarter, an increase of 11.4 percent over the same quarter last year.
– The company’s profit in June 2019 was Rs 3798 crores.
On a quarterly basis, the company’s EBIT increased 8.9 percent to Rs 5,365 crore from Rs 4,927 crore in the previous quarter.
On a quarterly basis, the company’s Ebit margin increased from 21.2 per cent to 22.7 per cent in the first quarter.
– The company made a major deal of $ 1.74 billion in the first quarter.
– In the June quarter, the rate of voluntary people leaving the company has fallen to 11.7 percent.

The stock market closed sharply
For the second consecutive day, the IT sector supported the stock market. Today, the Bombay Stock Exchange’s leading index closed at 36471.68 points, up by 419.87 points. On the other hand, the Nifty 50, the major index of the National Stock Exchange, gained 121.75 points to close at 10739.95 points. The IT sector saw the maximum gain of 683 points. The tech sector saw an increase of 252 points. The banking sector closed up over 200 points. BPCL and pharma company Cipla shares rose more than 5 per cent with Infosys.

Why IRDAI made cashless treatment necessary, know everything about it