Know how much gold has become cheaper in a week, how much silver has come down 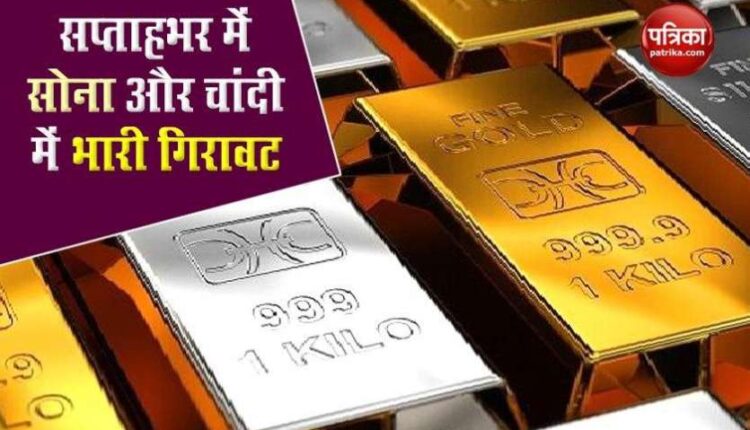 new Delhi. There has been a big fall in the price of gold and silver in the last one week. The special thing is that amid the rising corona virus case and poor economic data, the price of gold has come down. According to experts, gold prices have seen a decline due to the end of October expiry and profit booking. On the other hand, silver has also corrected itself before Navratri and Deepawali. So that common investors can get a chance to invest. According to experts, on the occasion of Navratri, gold and silver prices will once again fall.

Also read: Diesel price drops for third consecutive day, know how much the price has become in your city

Gold prices fall drastically
There has been a steep decline in the price of gold in the last one week. If you look at the figures, gold has become cheaper by 2000 rupees. If the thing was the closing price of gold on September 18 was Rs 51,715 per ten grams. On September 25, gold closing in the futures market was 49,666. If we see the difference between the two days, then 2049 rupees per kg, that is, it became so cheap during this time. According to experts, the price of gold may fall further.

Also read: Pharmaceutical companies have given rich earnings to investors, have given more than double returns in 6 months