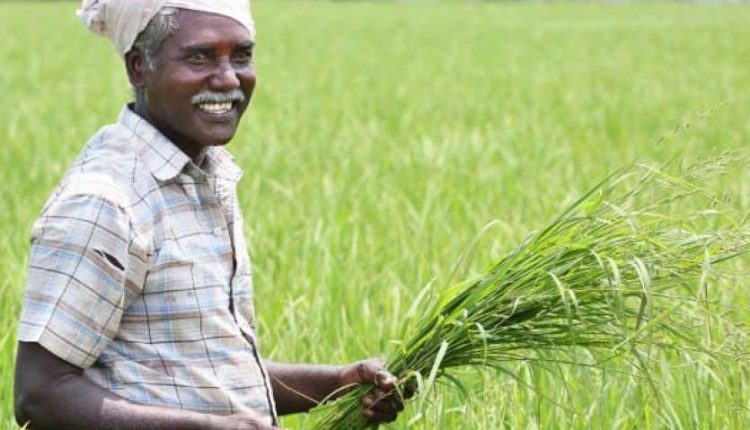 New Delhi. In order to provide farmers a remunerative price for their produce, as well as to make cheap food grains available to a large population of the country, the central government will make the entire system from procurement of grains to distribution among the beneficiaries of the Public Distribution System (PDS) transparent. Is pushing. In this whole exercise, the government’s aim is to ensure the purchase of grains from the real farmers and to provide the entire grain of their share to the beneficiaries of the PDS. In this entire system of procurement, storage and distribution of grains, digitization has been emphasized so that there is no scope for disturbances.

Online payment to many states
Sudhanshu Pandey, Secretary, Department of Food and Public Distribution under the Union Ministry of Consumer Affairs, Food and Public Distribution, told that MSP to farmers in Andhra Pradesh, Telangana, Tamil Nadu, Maharashtra, Uttar Pradesh, Madhya Pradesh, Chhattisgarh, Rajasthan, Haryana and Bihar Online payment has been made, but till now payment is done through adhatiyas in Punjab. According to the official, the implementation of online payment system will ensure that real farmers get the benefit of purchase over MSP. Officials say that there have also been instances where more purchases have been made than anticipated for crop production. Hence, it is imperative to identify farmers for purchase on MSP so that only real farmers can get the benefit of this.

See example of Madhya Pradesh
The central government has set a target to procure a record 427.23 lakh tonnes of wheat from the MSP in the Rabi season this year, which is 9.56 per cent higher than the previous year, as well as 39.13 per cent of this year’s total production. At the same time, government agencies procure pulses and oilseeds up to 25 per cent of the total production under the Price Support Scheme (PSS). The price of new crop of wheat is currently running at Rs 1650-1,700 (mill quality) per quintal in the mandis of Madhya Pradesh while the MSP of wheat is Rs 1975 per quintal. The procurement of wheat in Madhya Pradesh is going to start in this month, while the procurement of wheat starts from April 1 under the Rabi marketing season 2021-22 across the country. Madhya Pradesh has the highest government procurement target of 135 lakh tonnes of wheat this year. While Punjab at 130 lakh tonnes in second place. The target is to procure 55 lakh tonnes of government from Uttar Pradesh, the largest producer of wheat in the country.

Ration card becomes digital
Under the National Food Security Act (NFSA) 2013, five kilo grains are provided every month to the poor of the country at a very low price. According to the criteria set based on Census 2011, 67 percent of the country’s population gets the benefit of NFSA which includes 75 percent of the rural area and 50 percent of the urban area. The beneficiaries of NFSA are provided only three rupees per kg of rice and two rupees of wheat from government ration shops. Technology has been resorted to to bring transparency in this work and 100% ration card of beneficiaries of PDS has become digital and 91% ration card has Aadhaar seeding in the country and its last date for completion is 31 March 2021 is.

Information is being provided through SMS
Where the seeding of beneficiaries’ Aadhaar has been done, ration distribution is done through an electronic point of sale (e-POS) machine. Officials say that efforts are being made to ensure transparency in ration distribution at all levels. In some states, beneficiaries are also informed through SMS from the date of arrival of food grains to the ration shop.

‘One Nation One Ration Card’ Scheme in final stage
‘One Nation One Ration Card’ scheme launched to provide ration to beneficiaries of PDS moving from one city to another city in search of employment from any ration shop anywhere in the country Is in 32 states of the country have been connected to this scheme. Only West Bengal, New Delhi, Assam and Chhattisgarh are not yet connected. But officials say that e-PoS machines have been installed in West Bengal and Delhi while procurement is going on in Assam and Chhattisgarh.

Launch an app named ‘Mera Ration’
The Food Secretary said that the ration card of any beneficiary is not deleted simply because of not taking ration. Recently, the central government has launched an app named ‘Mera Ration’ which will facilitate the migrant workers and their families to get their share of ration at their destinations. Through this app, they will get all the desired information from the ration shop.

Adani made more than 4 lakhs per second in 2021, know how