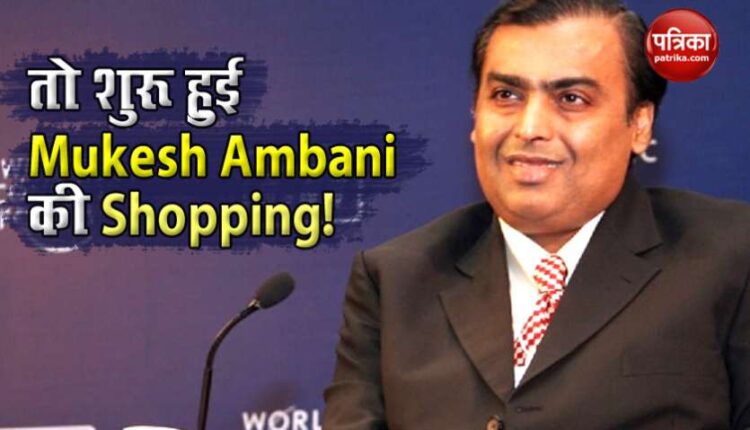 new Delhi. Reliance Industries Chairman Mukesh Ambani is trying to take his retail business to such heights that no one is able to reach India. For this, they have also started their efforts. After the sale, Mukesh Ambani (Mukesh Ambani) has started shopping for retail business in the country. While talks are on to buy Future Group with retail businessman Kishore Biyani. On the other hand, they have made plans to buy two more companies. Those companies are Urban Ladder and MilkBasket. However, so far there has been no statement from any company about this. Let us also tell you what kind of planning Mukesh Ambani is working on.

This deal can be done with Urban Ladder
First thing is the deal with the Urban Ladder, then negotiations have been going on with Reliance for the last few months. Which has now reached the advanced stage. However, the deal between the two has not been finalized. According to experts, a deal between the two can be possible for about $ 30 million, or Rs 225 crore. The objective of Mukesh Ambani to buy Urban Ladder is to strengthen its retail and ecommerce business.

Deal discussed with milk basket too
On the other hand, Mukesh Ambani’s Reliance Industries is also in discussions with Milk Basket. Earlier, the company was considering buying Amazon India and Big Basket. The two companies were also in talks with the milk basket, but that ended in the initial stage. Meanwhile, Big Basket acquired the Daily Ninja.

Also read: DA can get Air India Non-Flying Staff, Salary will be restored in this way

No company gave a statement
However, there is no statement from Milk Basket and Urban Ladder. Let us tell you that MilkBasket is making a small concession in terms of margin. The reason for this is that milk baskets are available in an industrial product. The same is being done by other companies. In such a situation, they are trying to increase the delivery of other products to their margins. If Mukesh Ambani gets the rights of both companies, then his retail business will touch the highs.

PM Shram Yogi Maandhan got a shock in lockdown, people did not invest in pension scheme in unemployment