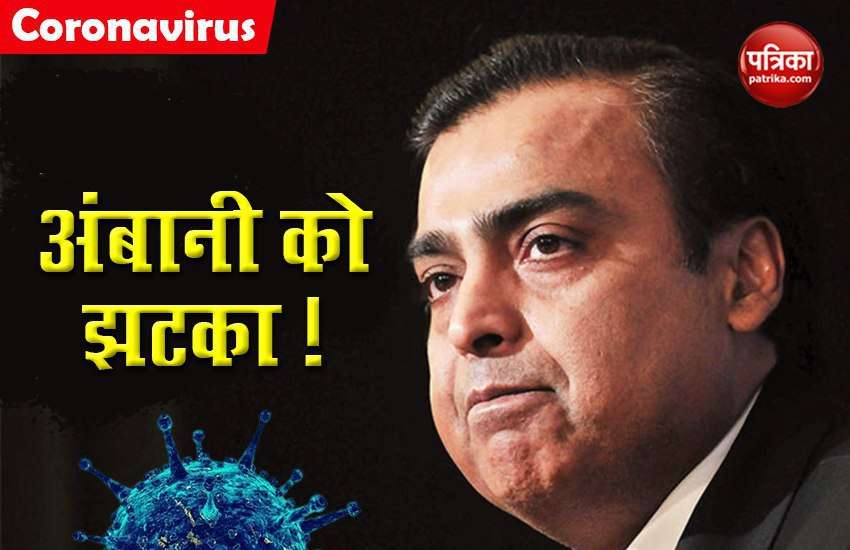 new Delhi : After the 43rd Reliance Annual General Meeting on Wednesday, there was a sell-off in Reliance shares. As a result, Reliance Industries Chairman Mukesh Ambani, who has become the 6th richest man of the world 3 days ago, has slipped 2 places to 8th position. The story does not end here but Mukesh Ambani Another precipitous setback may be found.

If sources are to be believed, The sword is hanging on the Reliance- Saudi Aramco deal. Saudi Aramco has once again sought the valuation of the company from Reliance. To put it bluntly, negotiations have been stalled over the sale of 20 per cent stake in Reliance Industries Ltd (RIL) ‘s oil-to-chemical (OTOSI) business to Saudi Aramco. Kovid-19 is believed to be the reason behind this. It is being told that due to corona, the globe of oil assetsThe valuation has come down, which is why Aramco wants Reliance to revisit the deal. If this deal is canceled, it will be a big blow to Reliance.

Reliance- Saudi Aramco Between The $ 15 billion deal is to be completed in March this year. Under the deal, Reliance is selling 20 per cent stake to Saudi Aramco. The deal was announced by Mukesh Ambani himself.

Ambani did the deal mainly to get rid of debt, but given the delay, Reliance Industries has raised Rs 1.52 lakh crore by selling stake in Reliance Jio. Currently, the company has exempted itself from debt, but for this Reliance Jio has had to sell around 39% of its stake.

Knight Frank Report: 54 percent decline in sales of houses in these eight cities in last 6 months