NSE apologizes for tweeting Mouni Rai’s picture, clarifies something like this 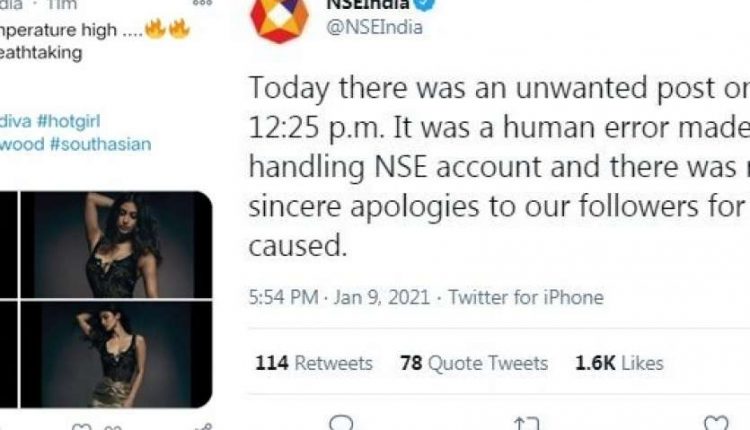 New Delhi The National Stock Exchange (NSE) has apologized for tweeting from its Twitter handle a picture of Bollywood actress Mouni Rai. The exchange has also deleted the tweet containing the picture from its Twitter account, terming it a human mistake. On Saturday, NSE tweeted a picture of the actress with the caption, Roy Mouni looking attractive in Saturday’s climber. The sexy diva, Beautiful Diva, Hotgirl, Mouni Rai Hot, Bollywood etc. were written with the hashtag.

Also read: Investors gain 1.33 lakh crores amidst the spectacular start of the market

Also read: Relief in the price of petrol and diesel for the fourth consecutive day, know how much to pay

Users made fun
On the other hand, this tweet from NSE attracted the attention of Twitter users. Those who had not seen the tweet containing pictures of Mouni Roy also showed their interest on this post and then people made fun of NSE by sharing screenshots of deleted tweets. Some users gave very funny reactions, some called this ‘mistake’ quite serious.

Investors gain 1.33 lakh crores amidst the spectacular start of the market