Petrol-Diesel getting expensive due to which reasons, how much tax you are paying and when the price will decrease, understand 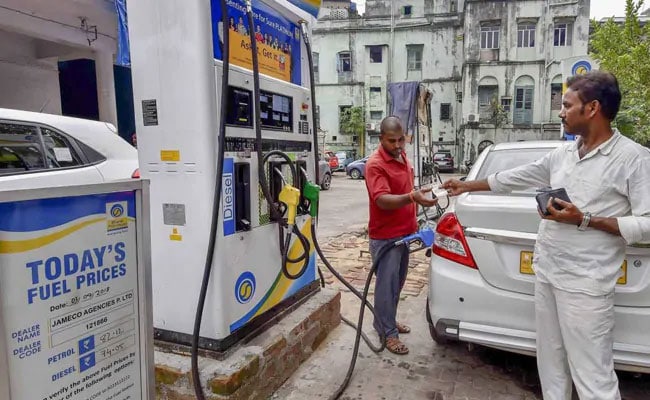 Sources in the state-owned oil company Indian Oil say that the increase in the prices of Brent crude oil is mainly behind the tremendous increase in the prices of petrol and diesel daily. The International Crude Oil Market has seen a sharp rise in the past few weeks. According to Reuters, crude futures prices reached $86.43 a barrel on Monday, the highest level since October 2018. Indian Oil officials say that there is a gap between demand and supply in the international crude market.

At the same time, OPEC, the organization of oil exporting countries, has not increased the supply of crude oil despite continuous demand from India and some other countries, this has also raised the prices of Brent crude. According to a report by the Petroleum Ministry, the average price of the Indian basket of Brent crude in September 2021 was $73.13 per barrel. Since then crude prices have seen a jump of about 17%.

read this also: Petrol prices increasing by an average of Rs 2 every month, became costlier by Rs 36 during the Corona period itself

Why is the price not expected to come down?

Official sources say that unless the prices of crude oil fall in the international market or the central and state governments do not cut petrol and diesel, it will be difficult to control oil prices. In such a situation, there is no sign of falling crude oil prices in the international market. At the same time, last week, Petroleum Minister Hardeep Singh Puri had said that ‘excise duty cut on vehicle fuel would be tantamount to hitting an ‘axe on your foot’ as the government started schemes like free Kovid-19 vaccination, food grains and cooking gas due to such charges. has been. This has helped lakhs of people during the pandemic.

read this also : When will the government give proper place to the issue of petrol hitting

High tax on petrol and diesel

Now when there is talk of tax cut, let us see how much tax is being imposed by the government, due to which the prices are skyrocketing. If you look at the figures of Indian Oil on Tax, then the price buildup of petrol was something like this. (See figures as of 16 October).

At the same time, here is the price calculation on diesel

The Petroleum Planning & Analysis Cell (PPAC) of the Ministry of Petroleum released its monthly report ‘Snapshot of India’s Oil & Gas data for September 2021’ last week. It was stated that-

In September, 2021, the consumption of petroleum products registered a growth of 5.2% as compared to the same period last year.

Crude oil imports increased by 14.7% in September 2021 over the corresponding period of last year and by 12.9% in April-September, 2021 over the same period last year.

Video: Ravish Kumar’s Prime Time: Will the pocket of the poor be cut, industrialists will take bus concession?

Sensex fell more than 1150 points, worst day for the market in 6 months…

Nykaa IPO: Heroine’s IPO of 5,352 crores opened, this is the issue price of the company that has become a unicorn