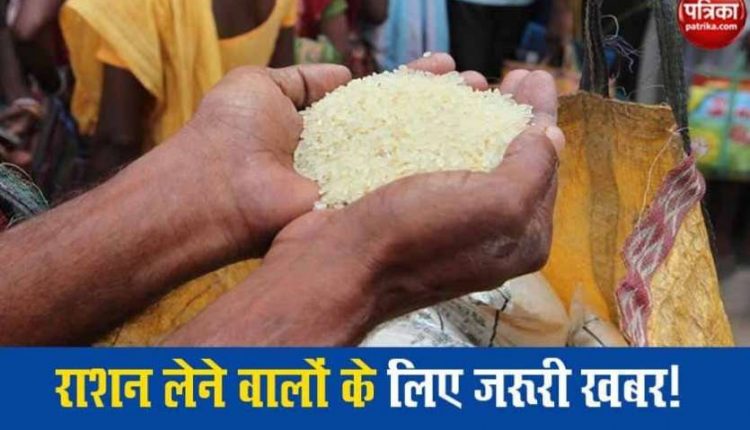 New Delhi. One Nation One Ration Card Scheme is being run to enable people to get food grains easily by staying in any corner of the country. To get the benefit of the scheme, it is very important to have a ration card linked to Aadhaar. For this, work is in full swing in other states including UP and Bihar. In this case, if you have not yet linked the ration card, then do this work by March 31, otherwise after this you may face problems in getting food grains. Because it is being claimed that the government can suspend such ration cards.

Bihar government released deadline
The process of linking ration cards to Aadhaar is going on fast in Uttar Pradesh, Madhya Pradesh, Haryana, Bihar, Jharkhand, Uttarakhand and Delhi-NCR. In this connection, the Food and Consumer Protection Department of the Government of Bihar has also issued a notice. According to this, if the ration card is not linked to Aadhaar by March 31, then the ration card will be blocked.

Steps taken to stop fraud
This decision has been taken with a view to curbing the incidents of black marketing during scams and grain distribution in ration cards. According to some media reports, from April 1, the same beneficiaries whose ration card will be linked to Aadhaar. Apart from this, the names of all the members mentioned on the ration card will also be noted and their Aadhaar will be fed.

The impact of the epidemic is decreasing, economy will remain strong, performance will be better than expected