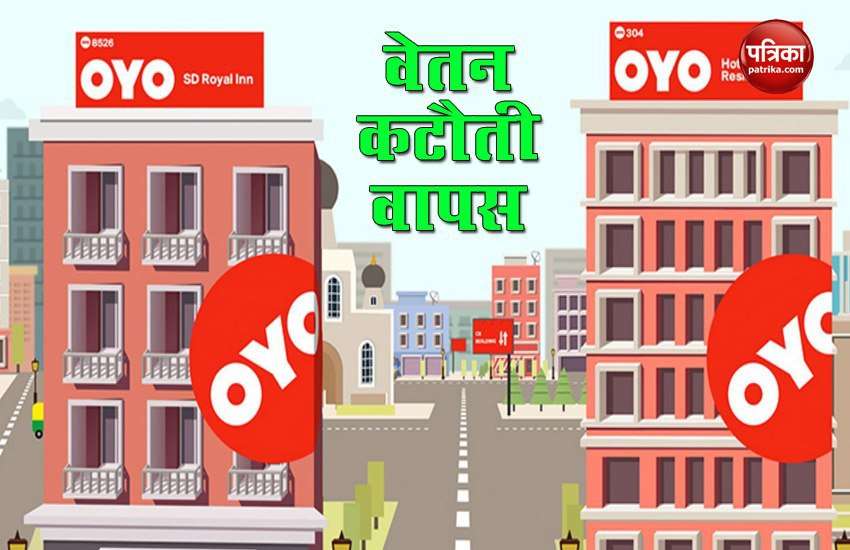 new Delhi: Due to Corona Pandemic, there have been reports of loss of companies and salary cuts of employees. Meanwhile, Oyo has made a great announcement regarding the salary of his employees. The company says that from August onwards, the company will pay full salary to employees across South Asia (SOUTH ASIA), including India.

‘Shri Ram’ can be useful to save tax, know these rules related to donations

In fact, in the month of April, the company forcibly sent many of its employees to Leave Without Pay. A spokesperson for Oyo, the company that provides hotel facilities, said employees with annual incomes of up to Rs 8 lakh were being withdrawn from 1 August 2020. The rest of the employees’ salary cuts will also be withdrawn in a phased manner from October 2020.

It is to be noted here that the company had sent its employees on leave without pay for 4 months due to bad economic conditions, but now the company has decided to withdraw the salary cut.

Dino Morea clarified on joining name of Sushant Singh Rajput case, said – I did not have a party here on June 13

In the Sushant Singh Rajput case, ex-girlfriend Ankita Lokhande wrote on the demand of the CBI – the moment we were waiting for