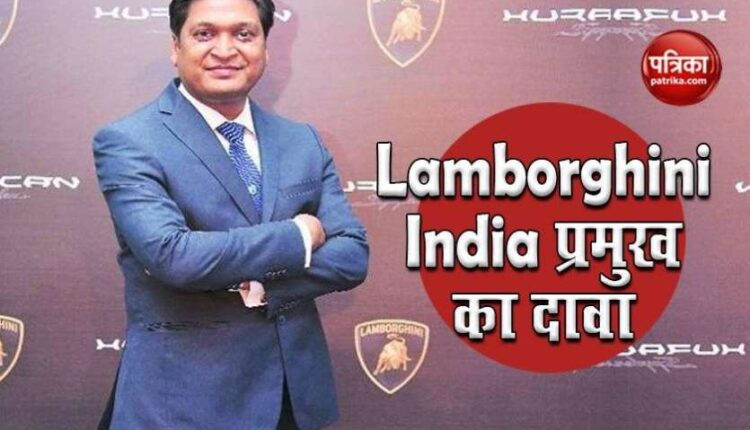 new Delhi. During the lockdown in India, the auto industry, which was already going through a bad phase, suffered more. Along with Indian companies, the sales of vehicles from foreign companies were also not seen. At the same time, the unlock process has started. As the market is opening up, the auto industry has started the process of launching new orders and new vehicles. At the same time, a statement by Sharad Agral, head of Lamborghini India, also proves that the condition of the auto industry may soon see improvement. Italian company Lamborghini has now started getting new orders in India and soon it is going to launch new orders for cars as well. Let us also tell you what has been said by Sharad Agarwal.

Also read: Petrol and Diesel price fall, know how much the price has become in your city

New orders have started getting
According to Sharad Aggarwal, head of Lamborghini India, due to the expected arrival of the Corona virus vaccine and the slow opening of the economy, the company is now getting new orders in the Indison market. He said that the process of unlocking in India is being taken forward at a very fast pace, which is a very auspicious sign for the country’s economy and auto industry. Due to which the company is getting new orders, along with the fast efforts are being made to solve the consumer’s problems i.e. service related problems.

Also read: Waiting for Poco X3 to end, know when this powerful phone will be launched in India

Delivery starts, new cars will come soon
According to Sharad Agarwal, in the current environment, the business of the company is moving forward in a much better way. He said that the delivery of cars has started on his behalf. Soon the company is preparing to launch some models. People are aware that the waiting period of the company’s cars is long and the cars are expected to come only next year. The company’s business is quite positive from this perspective. According to Sharad, there has also been a positive improvement in after sales. They have also started using their businesses on behalf of the people.

Waiting period is about 6 months
Advocating on behalf of Sharad Aggarwal, he said that consumers who like Lamborghini understand very well that the delivery of their car takes time. If they book their car in the month of September, they will get delivery in March next year. This means that the waiting period can be 8 months. By the way, the company also delivers the vehicle in 6 months.

Happiest Minds Happy Investors As soon as they are listed in the stock market, know how much profit is made