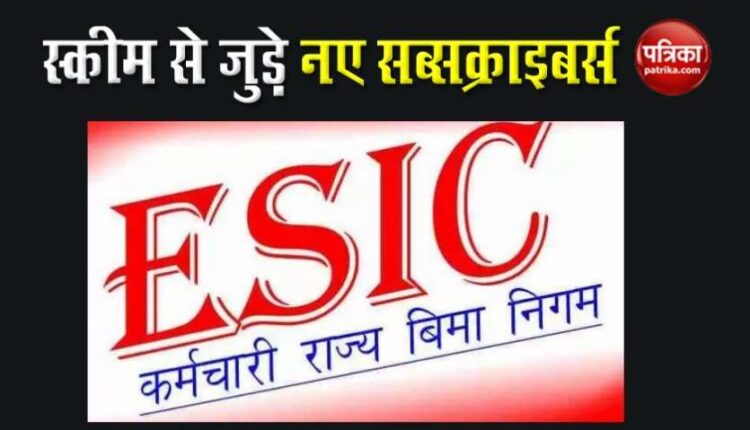 new Delhi. During the Corona period, many people became unemployed. Workers, factories workers and daily earners were the biggest losers. Millions of people were forced to return to their homes due to snatching bread and bread. But gradually things are becoming normal. Because about 9.3 lakh new subscribers have been added to ESIC’s social security scheme. This is a good sign. Because they reflect the increasing possibility of new employment.

What is ESIC scheme
The current wage ceiling for coverage under the ESI scheme is Rs 21,000 per month. If an employee is a disabled person, then the amount for them is Rs 25,000 per month. In addition, the scheme is applicable to organizations that employ 10 or more employees. The job of the Employees State Insurance Corporation is to provide insurance money to the employees. Employees’ State Insurance Corporation is a multi-dimensional social security system, which is created to provide socio-economic protection to employees and their dependents.

Shraddha Kapoor will play the role of ‘Ichchadhari Nagin’, the film will be made in three parts

Vivad Se Vishwas Scheme: Government gives big relief to taxpayers, now it will be able to pay arrears by March