SURAT KAPDA MANDI: Too many to say, not firmly in anyone … 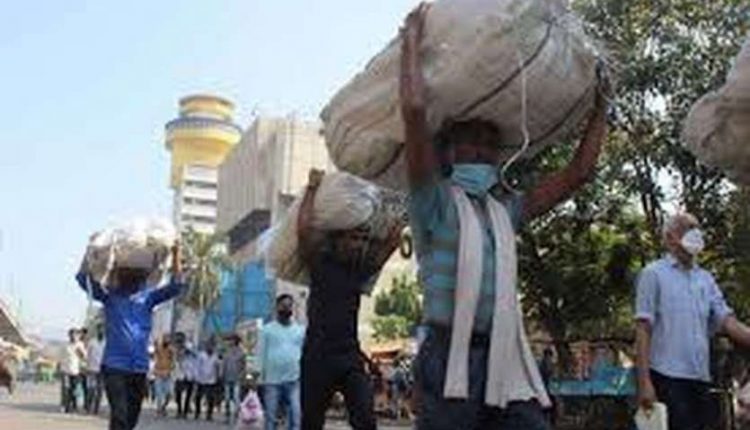 face. Not only in India but also in the world, Surat textile market has its own unique identity and this industry is continuously moving towards industrial strength due to the thousands of toiling cloth merchants here. Thousands of textile traders from every corner of the country are constantly strengthening the Surat cloth market, but they are feeling very weak inside themselves from somewhere. This is a weakness only if a cloth merchant is forced to make a police complaint by paying a hefty amount to get the amount of lakhs owed in the textile business from the arrears of cloth mandi elsewhere. This is a case of business weakness, otherwise there are many such stories. Now the Weavers organization has imposed another new order on thousands of traders of Surat cloth market and it is in the form of transport charge which is scheduled to come into force from Monday. This new decree was sure to create unnecessary chaos in the Surat cloth market and that too. Now some business organizations whose strength is limited to two-three or eight-ten people will start paperwork. There should be opposition to impractical rules in business, but it is also necessary to have strength in the opposer. Now the business organizations who will show this power, they have already been lying breathless for years or they will accept the same way as the payment of gray goods payment in the first seven days. In the coronary period, when the trading activity in Surat cloth mandi gained momentum after a long hiatus in June-July last year, an organization that supported the organization of thousands of traders paid the payment of the clothes sold in one month and the interest, if not repaid. The rule of the law was correct, but the other representatives of the Surat Textile Market, the sole representative organization of more than two hundred and fifty textile markets, could not even claim this and raised their hands by saying that everyone has their own business policy. Probably he had told the truth only then he does not take any serious in Surat cloth market now…. It is the misfortune of the traders here that the businessman does not take these people sitting in the organization like a banyan-like root, and the organizations of other constituents are considering it well and are imposing their own rules and regulations. The truth is that there was also a time when its name was threatened in the Ministry of Textiles and Finance of the Central Government because it was accompanied by the strength of thousands of traders of Surat cloth market. Today, 31 people of this business organization are not together and they too have separated and formed their own condition like Maan Private Limited Company. It is also necessary to talk about the small but spunky business organization of only a hundred and a hundred merchants who came out of these, which in a short time, in front of their organization power, not only to think, but also to follow the textile mandis like Ahmedabad, Jaipur. . Today, the Surat Mandap Cloth Association is following strict rules of mandis elsewhere in the country, but is also getting traders in other smaller mandis. Business behavior is trusted, but this behavior is weakened when one of the organizations appears to be weak and thousands of merchants have to pay for the weak organization in this way.

Except Reliance, there is a tremendous decline in the status of the top companies of the country, know how big the loss is.

Relief in the price of petrol and diesel for the second consecutive day, how much will have to be paid today