These 7 companies said, we will build tunnel under the sea for bullet train 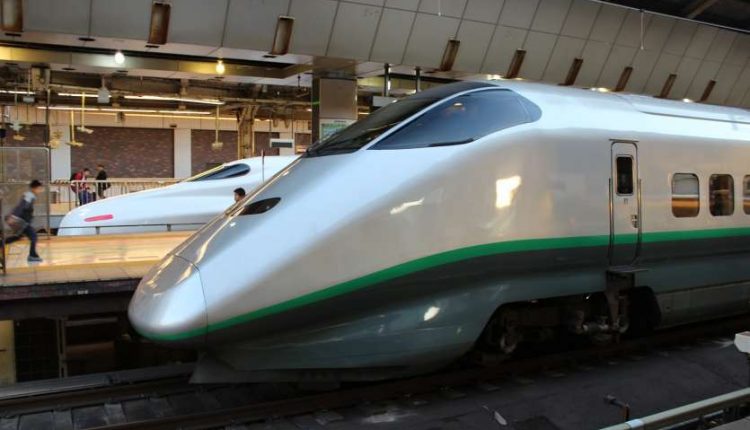 new Delhi. At least seven Indian companies have shown interest in building an underwater tunnel for the ambitious Mumbai-Ahmedabad High Speed ​​Rail (MAHSR) corridor in the pre-bidding stage. The officials gave this information on Sunday. According to an National High Speed ​​Rail Corporation Limited (NHSRCL) official, seven Indian companies participated in the bid to build the tunnel under the sea.

Tender is demanded till 19 February
The official said that the tender for the construction of the tunnel has been called and bids have been invited till February 19, 2021. The bullet train project will have a 21 km long underground corridor from BKC to Kalyan Shilpata in Maharashtra. The official said that about 7 km of this underground corridor is under Thane Creek. Of this, a 1.8 km long section is to be developed under the sea floor, while the rest is to be built on the mangrove marshland on either side of the creek.

Construction of double-line high speed railway included
The official said the contract is for the tunnel, which includes testing as well as the construction of a double-line high speed railway for the project using the tunnel boring machine (TBM) and a new Austrian tunneling method (NATM). A team of NHSRCL, RITES and Japan’s Kawasaki Geological Engineering firm conducted a geotechnical investigation to build the tunnel under the sea.

Did SRT survey
To study the structure of the ocean floor, the team conducted a static refraction technique (SRT) survey, which involves the firing of a high-energy sound wave from below the surface of the water towards the seabed. Then the refracted sound wave was mapped to determine the density of the rock under the sea. The team has also given a report with NHSRCL. Last year, NHSRCL awarded contracts for construction of 64 percent MAHSR alignment, including five HSR stations at Vapi, Bilimora, Surat, Bharuch, Anand / Nadiad, train depots at Surat and construction of a 350-meter mountain tunnel.

The speed will be 350 meters
The bullet train is expected to run at a speed of 350 kilometers per hour, which will cover a distance of 508 kilometers in about two hours. Currently the train for Mumbai-Ahmedabad takes seven hours and the plane takes about one hour. On September 14, 2017, Prime Minister Narendra Modi and Japanese Prime Minister Shinzo Abe laid the foundation stone for the Rs 1.08 lakh crore (US $ 17 billion) HSR project.