Union Budget 2021: How much will the farmers benefit in this budget, what will be the new schemes for the agriculture sector 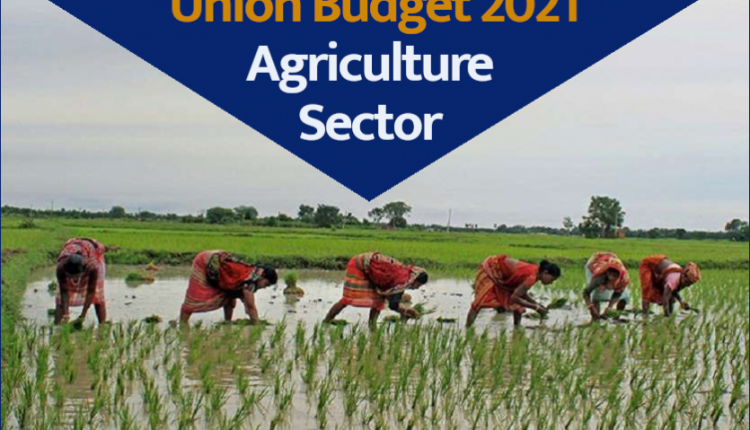 Union Budget 2021: This time the central government can give good schemes to the farmers in view of the opposition to the long running agricultural bills. The upcoming budget will determine the path of development of the Indian economy this year, all eyes will be on what the government has done for the agriculture sector in its briefcase. Farmers in Punjab and Haryana have started protesting against the three agricultural bills passed in Parliament in September 2020. The government has started implementing measures to compensate farmers and show a farmer-centric policy, assuming the government has already prepared several plans for the agriculture sector.

In the 2019-20 Union Budget presented by Finance Minister Nirmala Sitharaman, the Ministry of Agriculture and Farmers Welfare was allocated Rs 1,30,485 crore, which is the highest ever. The budget focuses on plans to reduce the financial burden and increase income opportunities in an effort to double farmers’ income by 2022.

The Pesticides Manufacturers and Formulators Association of India (PMFAI) on Wednesday demanded that the government reduce the GST from the current 18 percent to 5 percent in line with other agricultural inputs such as seeds and fertilizer on pesticides in the upcoming budget.

Read More: Industries may get special package this time in Budget 2021

In addition, the government should increase the duty drawback (export profit) of pesticides from the current 2 percent to 13-30 percent, besides increasing the import duty on technical and finished pesticides to protect the domestic agro-chemical industry.

PMFAI urged the government to extend a financial support and other development assistance for developing technologies for indigenous intermediate and technical grade pesticides under the “Make in India” program.

Fertiliser subsidy: – Compared to last year, the budget allocation for subsidy program has been increased by about Rs. 5000 crores. Urea-based subsidies were increased, while nutrient-based subsidies remained largely the same. This is expected to approve the outstanding subsidy of urea-based fertilizer companies, supporting the government’s Direct Benefit Transfer (DBT) scheme.

Income support scheme:– A structured income support scheme for farmers with less than two hectares of land was announced. From the Prime Minister Kishan Samman Nidhi, rural and poor farmers will receive Rs. 6,000 per year. It will be directly transferred to bank accounts of the Central farmers in installments of Rs. 2,000. This will cost the government Rs 75,000 crore and will benefit 12 crore farmers. This amount has been allocated in the budget in the financial year 19,20,000. This will help farmers in getting fertilizer, seeds etc. This is over and above the agricultural support policies that already exist.

Dairy development: The National Gokul Mission has been allocated Rs 750 crore, which is lower than the budget last year.

Crop insurance scheme: Pradhan Mantri Bima Yojana has compared the previous year to Rs. 1,4,000 crore allocation has seen an increase from Rs. 1,000 crore. This will help protect farmers during crop failures while increasing the reach of crop insurance across the country.

Subvention of interest rates: An interest subsidy of 2% was announced through the Kisan Credit Card Scheme to farmers involved in animal husbandry and other agricultural-related activities. This supports them in developing alternative sources of income. Agricultural finance institutions have also received an increase in allocation of about Rs.2,00 crore.

A golden opportunity to get Rs 4.21 crore by saving 200 rupees daily, know now or else you will regret later