Vegetables price tripled in two months, know what the prices of Patato, Capsicum and Ladyfinger have become 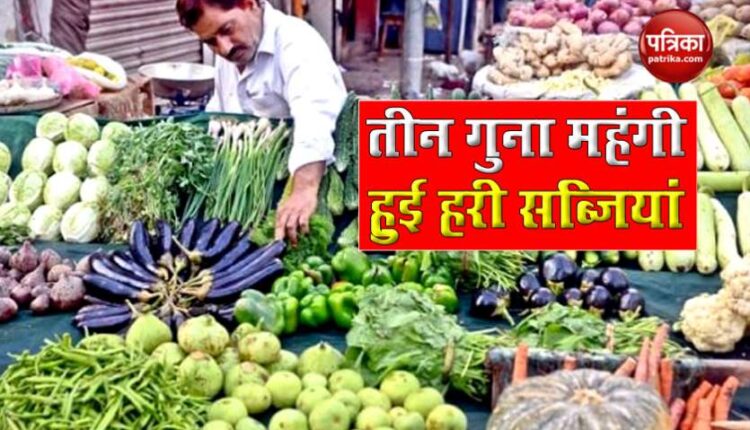 new Delhi. On the one hand, due to the monsoon’s kindness, bumper harvests of kharif crops are expected, on the other hand, due to the scarcity of green vegetables due to heavy rains and floods, their prices have skyrocketed. In the last two months, most vegetables have become costlier by two to three times (Vegetables Price Hike Due To Flood) and amid rainy conditions in the country, there is no hope of relief from Vegetables Price Hike at present. . Potato and Onion Prices Rise has increased this month along with green vegetables.

Tomato 70 and capsicum 100 rupees kg
Due to heavy rains and flooding conditions in different parts of the country, the arrival of green vegetables has resulted in a huge increase in their prices. Prices of green vegetables including potatoes, onions and tomatoes have skyrocketed. Brinjal, gourd and torai are also getting 50 rupees per kg in Delhi-NCR. Cauliflower has risen to Rs 120 a kg and capsicum has risen to Rs 100 a kg. The onion, which was getting 20 rupees a kg, is now available at a higher price than 30 rupees kg. Tomatoes, which farmers were forced to sell at a quarter to a month, are currently getting 60-70 kg consumers in Delhi-NCR markets.

Also read: Petrol Diesel Price Today: In 9 days, the price of petrol caught fire, know how much the price has increased

Impact on incoming due to flood
Rajendra Sharma, former chairman of Azadpur Mandi APMC, said that the arrival of vegetables has been affected due to crop failure due to heavy rains and flooding in different parts of the country. At the same time, retail vegetable vendors say that vegetables are coming from wholesale markets at a higher price. The wholesale price of onion in Azadpur mandi ranged from Rs 6.25 to Rs 16 per kg on Saturday. At the same time, the wholesale price of potato was Rs 13 to Rs 44 per kg, while the price of tomato was Rs 8 to Rs 43.50 per kg. Traders said that now people have started going out to eat in hotels, dhabas and restaurants as well, due to which the consumption of vegetables has increased. So prices have increased.

Retail Prices of Vegetables in Delhi-NCR

Zarine Khan said – Salman gave me entry in Bollywood, but cannot always be a burden on him

Riya Chakraborty’s lawyer claims: So far we have not received summons from CBI in Sushant Singh case