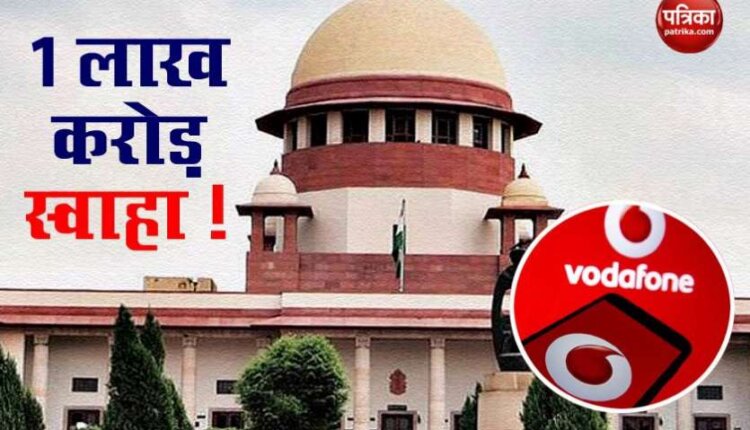 New Delhi: During the hearing on the Adjusted Gross Revenue case in the Supreme Court, Vodafone Idea has said that one lakh crore rupees has been received by the promoters. The company expressed its inability to repay the AGR amount from the Supreme Court stating that “We have submitted financial documents like income tax returns. In the last 15 years, the entire net worth of the company has been recovered. The company says that they earned as much All of that has been spent on the infrastructure costs necessary to run the company.

How and how much loan you can avail under PM Mudra Loan Yojana, read about the entire scheme

Citing its Finacial Situation, the company said that all its immovable assets are vested with the bank and that Vodafone Idea will continue to operate from Rs 4.95 lakh crore out of the total revenue of Rs 6.27 lakh crore. Has been spent on However, the court expressed doubt over the company’s statement that it was difficult for him to trust the company. Along with this, the court rebuked the company and also asked why they did not make any arrangements for AGR among all the expenses? On this, the company said that the Telecom Tribunal had decided in its favor, so the company did not make many arrangements.

It is worth noting here that Vodafone Idea (Vodafone-Idea) on Saturday had asked the government to pay Rs 1000 crore under AGR dues. Today, the company’s shares closed at Rs 9 with a gain of 1.12 per cent.

Talk about the decision of the court, then the Supreme Court has reserved its decision on AGR payment in installments. The next hearing in this case will be on August 10.

After all, what is Life Time Free Credit Card, how much do you know about it