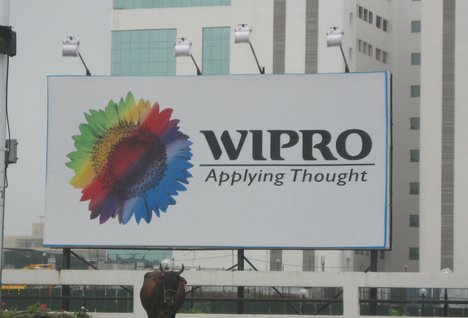 BENGALURU: Abidali Z Neemuchwala and TK Kurien have been appointed as the chief executive officer and the executive vice chairman for Wipro respectively. Neemuchwala is now a member of the board of the company. The appointments are to come to effect from February 1st 2016. Kurien, 58, will be completing his tenure of 5 years as the CEO, in January.

Kurien is known for his efforts in energizing Wipro and restructuring it in spite of the company’s struggle to lag rivals. The $7.6 billion IT firm which is transforming into a next gen IT company sees a new order pertaining to the change of guard.

Neemuchwala is known for his strong vision and is based in Dallas, US. He has always been a frontrunner for the top post since last March, that is, when he switched over to Wipro after serving TCS for 23 years. In the beginning of the year, Kurien put forward an ambitious plan which focused on reducing $3oo million from the current fiscal of the cost of operations. It was Neemuchwala who was efficient enough to attempt to reach the target set. He took the initiative of reducing ma power and employing automation as well as artificial tools in the same place.

According to the Chairman of Wipro, Azim Premji, TK Kurien will enable Abid by using his deep relations with the customers to the maximum extent and charting out a new technology map for Wipro.

“Over the past five years, Wipro has been transforming into a next-generation technology and consulting company with defining differentiators in the market place,” said Azim Premji, chairman, Wipro Limited. “As executive vice chairman, TK will enable Abid by leveraging his deep relationships with customers and chart out a new technology roadmap for Wipro.” “In his nine months as the group president and chief operating officer, Abid has effortlessly assimilated into the culture and ethos of Wipro. The new structure will ensure smooth succession and will build on the solid foundation we have developed to drive superior growth and profitability. I wish both TK and Abid every success in their new roles,” added Premji.

TK Kurien will indeed remain a member of the board of the company until 31st of March 2017 and will go on to report into Azim Premji. Kurien said, “Abid has demonstrated a deep understanding of technology, business vision, sound judgment, and an innate ability to bring people together. I have no doubt that Abid is the right leader to lead Wipro in its next phase of growth,”

Abidali Neemuchwala also stated, “It is a privilege and an honor to be invited to lead Wipro, a company with a rich heritage of technology innovation and unflinching commitment to values. I am convinced that we are well positioned to seize new opportunities in today’s marketplace. I look forward to working with the thousands of Wiproites to take our company to greater heights,”

#Asus plans to launch Zenfone Zoom by this month