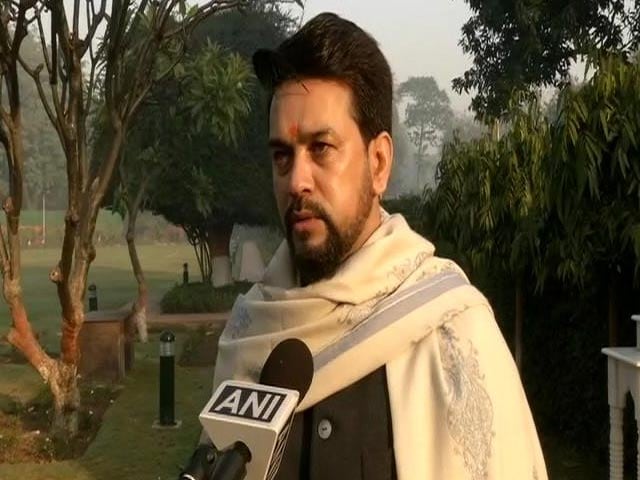 MNREGA is a major source of employment in rural areas

Minister of State for Finance Anurag Singh Thakur (Anurag Thakur) has said that after unlocking economic activities in the country, the workers are returning to the cities. However, if needed then the government MANREGA The budget of the scheme (MNREGA budget) will increase further. MNREGA is considered very important for providing employment in rural areas.

The Union Government presented the budget for the financial year 2021-22 on February 1. In this, the budget of Mahatma Gandhi National Rural Employment Guarantee (MNREGA) has been kept at Rs 61, 500 crore. Thakur said that in the budget for the financial year 2019-20, MNREGA spending was estimated at Rs 60,000 crore, which was increased to Rs 71,001.81 crore. In view of the migration of migrant laborers after the corona epidemic, it has been increased from Rs 61,500 crore to Rs 1,11,500 crore in the current financial year. Further increase in budget cannot be ruled out as needed.

Thakur said that to provide additional employment to the people of rural areas, a significant increase in MNREGA spending has been done. During the lockdown, a large number of workers returned to their homes. In such a situation, there was a need to provide employment in rural areas. After the unlock, now these workers are returning. In such a situation, there will probably be no need to spend heavily.

On the estimate of a large fiscal deficit of 9.5 percent for the current fiscal, Thakur said that this is more visible for the financial year. But the government has set a target of bringing it down to 4.5 per cent by 2025-26. Economists also suggested increasing government spending to deal with Kovid-19, which could save the lives of the poor. The industry sector was also helped, so that employment could be saved. Looking at the signs that are being received right now, it can be said that the economy is on the way to recovery. In the budget also, the growth rate of GDP at the current price in the next financial year has been estimated to be 14.4 percent.

Get LIC as soon as the baby is born, will become millionaire in a few years

Abhyudaya Yojana: IAS, PCS studies will no longer be hindered, government will give free coaching