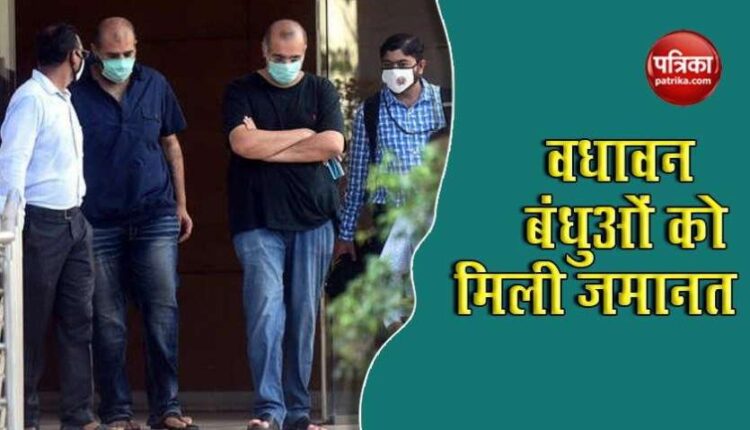 new Delhi. The Bombay High Court on Thursday granted bail to DHFL promoters Kapil Wadhavan and Dheeraj Wadhawan in the Yes Bank Fraud Case case. In fact, the Enforcement Directorate failed to file a charge sheet in this case within the mandatory 60-day time limit. While granting ‘default’ bail to both, Justice Bharti Dangre has ordered the Wadhawan brothers to surrender passports and deposit an amount of Rs 1 lakh as bail.

Also read: Apple to get 5 Trillion Dollars Economy before India!

Immediate release not found
The Wadhawan brothers, however, will not be able to be released from jail immediately after this bail, as the CBI has also made them a separate accused in the same case. Both were detained by the CBI from Mahabaleshwar Hill Station on April 26, and three weeks later, the ED arrested them both.

Petition to stop bail plea rejected
Justice Dangre dismissed the plea of ​​Additional Solicitor General Anil Singh to stay the bail plea for two weeks and said that the permanent legal position is that once the default is granted the right to bail, the accused will have to stay for a day. Cannot be held in custody The ED arrested the Wadhawan brothers on May 14 on charges of money laundering, but the agency could not file a charge sheet within the stipulated 60 days, on the basis of which both had approached the Bombay High Court and sought bail.

Delay of one day for filing charge sheet
The ED filed the charge sheet a day after the July 15 filing period. The agency has filed a chargesheet against the Wadhawan brothers, Yes Bank founder Rana Kapoor, his wife Bindu Kapoor and daughters Rekha and Roshni and others. The CBI had registered an FIR on March 7 in the case of suspicious lending by Yes Bank, on the basis of which the ED started its investigation.

Apple to get 5 Trillion Dollars Economy before India!