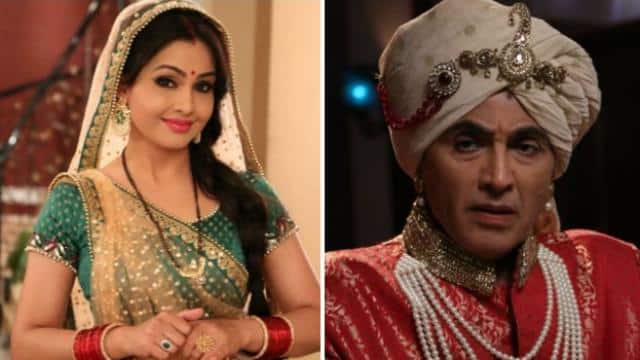 TV’s popular show ‘Bhabiji Ghar Par Hai’ has completed 1400 episodes. On this occasion, the entire cast of the show looked quite excited. Creating its own special identity among the audience, the show entertains everyone with a dose of comedy. Shubhangi Atre, Asif Sheikh and Rohitashwar Gaur also got emotional while celebrating on the occasion.

Talking about his journey so far, Asif Sheikh said, “The journey to play Vibhuti has been a great one so far and I am happy that the show is constantly getting a lot of appreciation and love. We have achieved a milestone by completing 1400 episodes and for this I would like to congratulate the entire cast, crew, audience and fans. This show has given me a golden opportunity to play many entertaining characters. All of them are very special and very close to my heart. I am looking forward to more such momentous moments and amusing my audience with such new and fun characters. I would like to thank my entire team of ‘Bhabiji Ghar Par Hai’ especially my fans and audience who have given me their love and support constantly. “

Shubhangi Atre, who plays Angoori Bhabhi in ‘Bhabiji Ghar Par Hai’, said, “It is a matter of pride for the entire team at Bhabiji Ghar, as we all have success to complete 1400 episodes together. has achieved. This journey has been very special for me. Bhabiji is at home, Panth enjoys being a cult show among many comedy shows and it is also my favorite show personally. With this, it is the most liked show on television. Angoori Bhabhi’s character and her sentence ‘catch the right’ has been receiving a lot of appreciation and love from everyone, which has boosted my enthusiasm as an artist. Our journey of 1400 episodes was not possible without the support of the fans, our cast and crew of the show. Cheers for achieving more success and success like this. “

Rohitashwar Gaur, who plays the straightforward Manmohan Tiwari, said, “Bhabiji Ghar Par Hai is one of the shows that has set its own standards in the comedy genre and continues to be an audience favorite. We have successfully completed 1400 episodes of the show. Since it has many of my favorite moments, scenes and dialogues, it is not at all easy to choose one. Successfully completing 1400 episodes is a huge moment for all of us. We thank our fans and viewers for their continued love and affection, and of course the entire cast and crew of Bhabiji Ghar Par Hai. I eagerly await more such celebratory moments. We are making India laugh with our funny story and characters. “