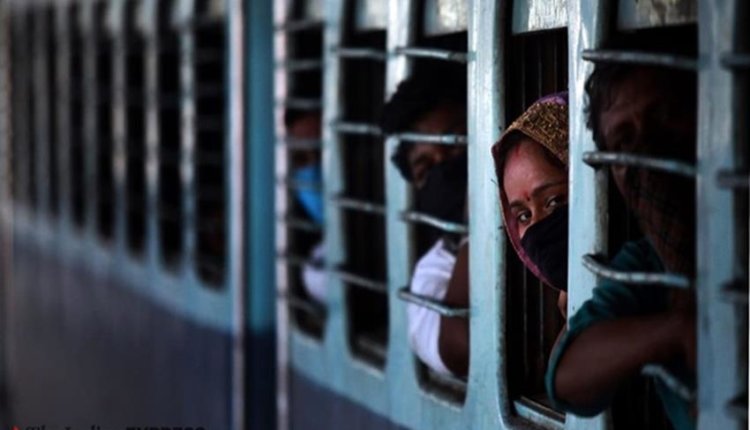 In view of the increasing threat of coronaviruses, the railways had stopped services for the common people since the lockdown was announced. Even now, only select trains will be run to limit the travel of passengers. This has become clear with the recent move of the Railways. Railways have canceled all tickets booked for the journey till June 30. Refunds for all canceled tickets will be made before 30 June 2020. According to the railways, all special trains and labor trains will continue to operate during this period.

Significantly, Prime Minister Narendra Modi made it clear in a meeting with the Chief Ministers this week that public transport services will start at a limited level in the country right now. In this, he also mentioned the railways. It is believed that needy passengers will be allowed to travel only through special trains.

Meanwhile, the Railway Ministry has released the figures for booking of special trains. It has been reported that since opening the reservation on May 11, 2 lakh 34 thousand passengers have booked tickets in the special train. This has earned the Railways 45 crore and 30 lakhs.

Railway Minister Piyush Goyal had already made it clear to run Shramik Special train from a TV channel. He told that till now we have run 700 trains for migrant laborers only. The railway has a capacity to run 300 trains every day and till now we have made arrangements to run 1200 more such trains.

Let us tell you that a day ago, the railways had indicated that it is going to start express train service across the country after special trains for common passengers. The circular was reported by the Railway Ministry to run mail and express trains from May 22. However, it is now being estimated that the railways will also keep the tickets of these trains within the special scope. It was told by the Ministry of Railways that bookings for these trains can be made from the website of IRCTC. During booking, people will also get the facility to book waiting tickets. Booking for these trains will start from May 15.